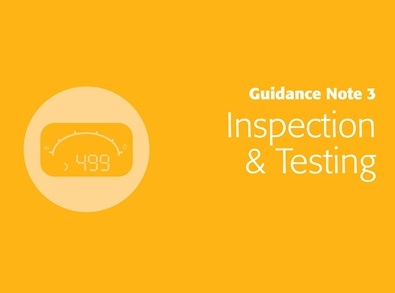 Following the recent discovery of a shipment of counterfeit wiring regulations, the Institution of Engineering and Technology (IET) is working with worldwide customs authorities and various law enforcement agencies based in countries such as China and India to stop the shipment of counterfeit goods, preventing their sale and distribution.

It urges electrical contractors to let it know if any suspicious looking IET products are seen, promising it will, ‘where appropriate’, take legal action to prevent counterfeiting. “We want to protect our brand and our customers, so we’re working hard to track down websites and online auctions that we believe are selling counterfeit IET products,” explained an IET spokesperson.

The IET argues that the production and purchase of fake publications are compromising the safety of the electrical industry and potentially putting people at risk of fire, serious injury or even death. “These counterfeit publications, in such cases where pages are missing or printed information has been corrupted, give an incomplete picture which could lead to errors and dangerous practices,” said the IET spokesperson.

The IET has warned that while it would like to help the victims of counterfeiting, it is not able to reimburse money used to purchase infringing goods since they were not bought from the Institution, nor does it assist with the resolution of disputes, including assistance with PayPal or credit card refunds. “However, by finding counterfeiters and taking legal action against them, we're doing our part since many people do not understand the global ramifications of counterfeiting, or the cycle of abuse they are supporting when purchasing counterfeit goods,” said the spokesperson.

To discourage counterfeiting and help customers to recognise genuine copies of the IET Wiring Regulations, the Institution has placed a hologram on the inside front cover of three of its new titles:

The hologram contains the IET logo in large print and small and the word GENUINE as well as a number of hidden measures, including text that is visible with a magnifying glass.

Picture:   The real thing…. Guidance Note 3, 7th Edition from the IET with a hologram to help deal with counterfeiters.

Research shows that those who’ve studied or who work in engineering, technical, scientific and mathematic careers earn more, save more and are more likely to own a...