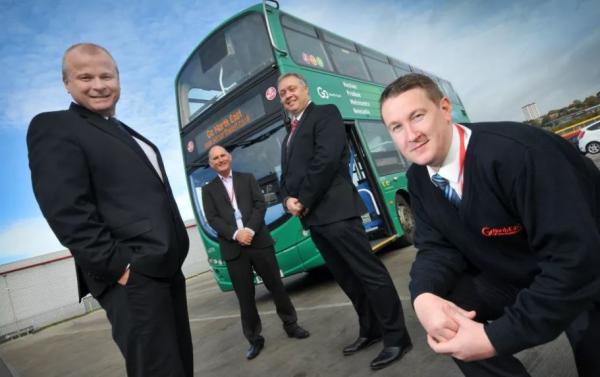 Carillion is providing a career kick-start for engineering apprentices on its highways projects. Seven young people are setting off towards engineering careers after landing places as Civil Engineering Technicians.

Five apprentices have joined the team building the Lincoln Eastern Bypass for Lincolnshire County Council and two will be working on the second phase of the Great Yorkshire Way on behalf of Doncaster Council.

Lee Tinkler, Carillion’s project director, said: “Our scheme specific apprenticeships were established in 2013 and have proven to be a fantastic success. These apprenticeships are an excellent opportunity to launch a career in civil engineering."

Lincoln apprentice, Nicholas Scott, said: “I applied for an apprenticeship because it offered on the job training to a high standard with professionals in the civil engineering industry.” Another Lincoln apprentice, Alex Luff said: “This opportunity is life-changing. The job role that I am training for is a career for life.  There are also various opportunities in the construction sector which, once I have completed my apprenticeship and any additional training, I can move on to train and develop in.”

Unemployed people in the North-East are being offered a place on a training and skills development programme with the opportunity to secure one of over 200 new jobs thanks to a partnership between the region's biggest bus operator, Go North East, Gateshead College, and Jobcentre Plus.

Developed by the partnership and the first of its kind nationwide, the range of training included in the four-week long programme is tailored towards supporting applicants seeking one of the 250 bus driver positions advertised with Go North East every year.

Unlike standard application processes, participants in the programme receive intensive training prior to interview, to ensure their chances of future employment are improved for life.

Learners benefit from fundamental refresher courses in English, Maths and interpersonal skills, provided by Gateshead College and blended with critical subjects such as employability, CV writing, interview techniques, equality and diversity, and health and safety.

The bus company also provides depot tours and a company induction, alongside health and safety and occupational health training. The process completes with a presentation to mark the end of the programme.

Jobcentre Plus helps to recruit applicants and covers their travel expenses for the programme as part of the partnership arrangement.

Go North East has also welcomed four new engineering team members following completion of its award winning apprenticeship, with the baton being passed to a further four new learners preparing to embark on their new careers.

Run in partnership with Gateshead College, Go North East’s popular bus and coach mechanical engineering apprenticeship receives over 500 (545 in 2016) applications for the average intake of up to 10 new apprentices, each year.

After successfully completing the four-year programme, Ross Dryden,Andrew Wrightson, Richard Whittaker and Jonathon Dodds have now officially joined the ranks as fully-fledged engineering team members across three of the bus operator’s eight depots in the region.

Picture below: Some of the Carillion crew 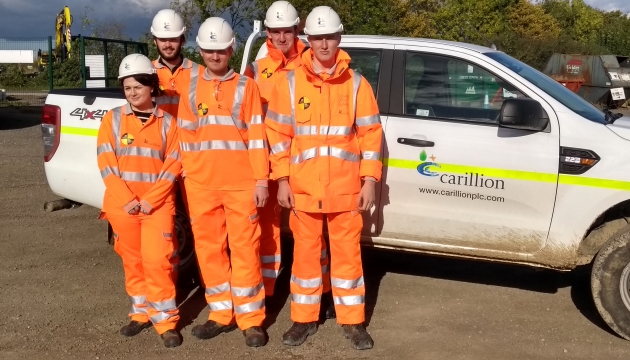