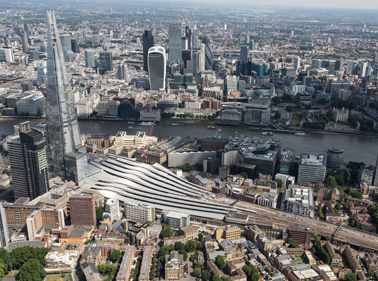 You couldn't make it up - the comedy of British railway services! Waterloo Station's re-opening went badly on Tuesday August 29...it would not have taken a genius to predict this. And yet Southeastern trains heading in to London Blackfriars on Tuesday August 29 – 40 in total each day – will run to and from Waterloo as planned from Wednesday 30 and for the remainder of the working week. What idiot decided that was a good idea?

Southeastern even had the gall to thank Kent passengers for their patience.

The changes are in place while major improvement work is carried out in and around London Bridge as part of the Thameslink Programme – a key component of a £133 million Network Rail investment programme to upgrade the railway across Britain this August.

London Bridge Station has seen commuter misery over 2016/17 as planned improvements to its concourse have gone wrong or over-run - leaving massive queues of commuters stuck every evening trying to get home.

Disruption from station to station

From last Saturday (August 26) until Sunday September 2, there are no Southeastern services to or from Charing Cross, Waterloo East and London Bridge. An amended timetable is in place and those trains that do run will be extremely busy and will be diverted to alternative London stations including Victoria, Blackfriars, Waterloo and Cannon Street.

Cannon Street in particular will be exceptionally busy as more passengers will be using the station than usual. During the evening peak, two queuing systems to enter the station will be in operation; one on Dowgate Hill and the other outside the front of the station.

Passengers can expect queues of up to 30 minutes in scorching heat. Employers should consider providing take-away water and, if possible, staggering the times employees arrive and leave work.

Travel advice is available on the Thameslink Programme travel tool at www.thameslinkprogramme.co.uk/2017. Passengers can check before they travel at www.nationalrail.co.uk.

Picture: The Thin White Dukes who run the railways are throwing darts in lovers' eyes (and other commuters) with their endless round of monumental cock-ups when it comes to sensible planning amongst railway upgrades - London Bridge Station will benefit whilst other stations suffer