Droning on About Rubbish Sites 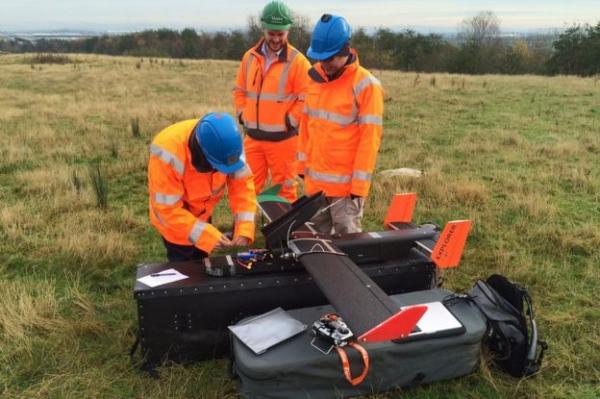 The UK is producing an estimated 21 million tonnes of greenhouse gases from dumped food every year but the use of drones is now helping to monitor 200 landfill sites.

The operation is a joint concern by the Environment Agency (EA) and the University of Manchester in recognition of the problem of reducing the release of methane into the atmosphere.

"It'll allow us to get a better understanding of the emissions from a particular site,” explained Doug Wilson, Director of Scientific & Evidence Services EA when interviewed by the BBC. "There are 830,000 tonnes of methane from the waste sector and methane is 25 times more potent as a greenhouse gas than carbon dioxide. The more we can understand how to reduce those emissions, the more useful and positive it will be."

The use of drones allows for greater flexibility of taking accurate measurements of the released gases from the landfill sites. EA is already using drones to photograph and video waste sites in Manchester and also to detect elevated heat sources within the waste piles. “Fires at waste sites are of increasing concern, particularly around bonfire night,” said Gordon Whitaker, Environment Manager, EA. “There is always a risk of pollution to watercourses and the local environment.”

To understand the scale of the problem, WRAP which is a charity working on reducing all waste and encourages recycling, has estimated that one-third of all food grown globally goes to waste. Waste from chicken alone in the UK is thought to result in 690,000 of carbon dioxide and other greenhouse gases released into the atmosphere annually (which includes all costs of production and transport).

A BBC World Service programme was broadcast this September on the use of drones and can be found on http://www.bbc.co.uk/programmes/p030vxy4

Picture: Drones are being used to monitor emissions from 200 waste sites in a joint exercise by the Environment Agency and Manchester University (image BBC)