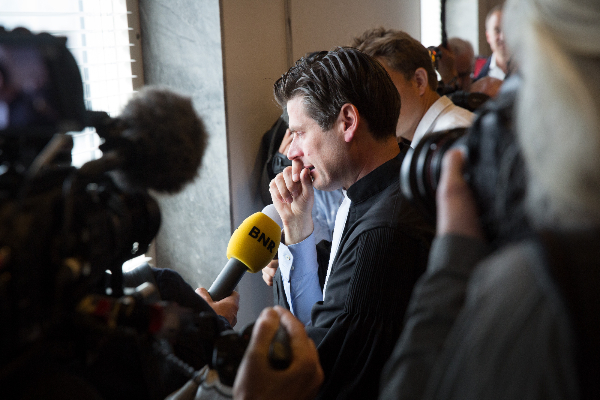 This Wednesday (June 24) a district court of the Hague in the Netherlands ruled that the Dutch government was legally obliged to meet a 25% reduction in greenhouse gas emissions by 2020 in the first case in the world that a national state has been ordered by a judicial verdict to comply.

The case was brought by 900 citizens led by the Dutch environmental organisation, Urgenda which had brought the case and the decision caused scenes of celebration in the courtroom.

“All the plaintiffs are overjoyed by the result,” declared Marjan Minnesma, Director, Urgenda who in 2013 initiated this case against the Dutch State with a team of lawyers and the 900 co-plaintiffs. “This makes it crystal clear that climate change is a huge problem that needs to be dealt with much more effectively and that states can no longer afford inaction.”

Ms Minnesma went on to argue that states were meant to protect their citizens “and if politicians will not do this of their own accord, then the courts are there to help.”

The court ruling found that the target the Dutch government had set of a 17% reduction on the1990 level of emissions, was inadequate. The court took into account that neighbouring EU countries, Denmark and Germany, were already on course to cut 40% of their CO2 emissions by 2020.

The verdict has a potentially huge impact outside of the country as other groups have been on the verge of pursuing cases against their national government for failure to meet environmental targets.

Urgenda noted that UNFCCC negotiators and citizens in countries who have pending suits against their states, e.g. Belgium, or are currently preparing one like Norway, are now likely to press ahead. “Millions of people that are already suffering the consequences of climate change are hoping that we, the people that have caused the emissions and have the means to reduce them, will intervene while there is still time,” stated Ms Minnesma. “Those people can now, with our verdict in their hands, start their own climate cases. These lawsuits are supported by the Oslo Principles, which holds that states have the legal obligation to avert dangerous climate change.”

For its part, the Dutch government has to decide whether it will appeal against the decision. The Minister for the Environment, Wilma Mansveld, hedged her bets. “We will now examine what this ruling means for the Dutch state,” she said. “We and Urgenda share the same goal. We just hold different opinions regarding the manner in which to attain this goal.”