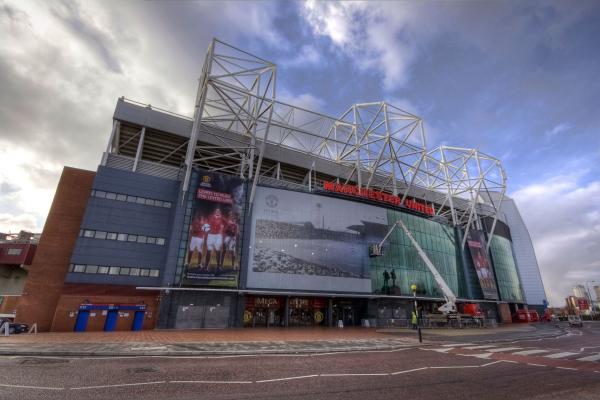 It is not a well known fact that Burnley once had an earwig play for them - wearing the number 0 shirt. The diminutive creature became so popular the fans created a song (mistaking the zero for an 'O') just for him that was picked-up by fans right across the country. I am led to believe it is still occasionally sung today - but what do I know?

Well if it's in the Mail, it must be true. Manchester United have had to call in the pest controllers yet again to deal with an infestation of mice at their famous Old Trafford ground. Apparently mice, who occasionally appear on the pitch (possibly encouraged by the Earwig 0 story)  are living in the massive North and South - presumably tucking into left-over burgers and hotdogs if not prawn sandwiches. They also make regular guest appearances in the clubs offices and shops.

A hygiene report, seen by Sportsmail, reveals United are working with pest-control contractors to sort out the problem that is thought to be linked to the stadium’s canalside location. In 2012, a similar report identified issues with mice in the staff canteen at the Stretford End while in 2010 a mouse was pictured scurrying over the pitch during United’s victory over West Ham, said The Mail. A club spokesperson told the newspaper: "Manchester United implements a robust pest-control system throughout Old Trafford. As the report acknowledges, weekly checks are made in all catering areas and stringent measures are taken to ensure high levels of hygiene and cleanliness wherever food is stored, prepared and served. If incidences of this nature do occur at the stadium, immediate and appropriate action will be taken."

What Causes Most “False Alarms”?

Pest control may undergo major innovation following the discovery of the gene responsible for giving insects their waterproof coating, which protects them from microbes...