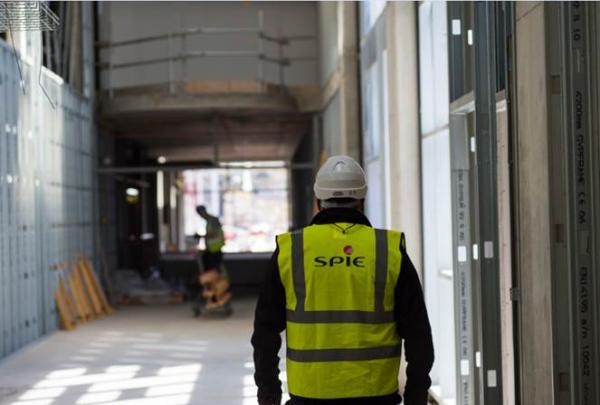 SPIE UK has been awarded an £8 Million contract (by Kier Construction) for mechanical and electrical works at East Ayrshire Council’s new William Mcllvanney Campus in Kilmarnock.

This contract follows the completion of SPIE's £7 million multi-technical services contract at North Ayrshire Council’s 17,000sq.m Garnock Community Campus, along with some 40 other Scottish education wins over the past ten years.

The installation will also feature a daylight-linked PIR lighting control system, including absence detection in classrooms.

Named after the world-renowned author, who was born and educated in Kilmarnock, the £45.3 million, 18,360sq.m campus will accommodate approximately 1,465 secondary, 383 primary and 160 early years pupils between the ages of 2-18 and will be provided by East Ayrshire Council and Hub South West Scotland, through Scotland’s Schools for the Future programme.

The architects, NORR, have designed the new campus building to minimise overall energy consumption whilst adapting to a variety of interactive and collaborative teaching and learning needs.

Picture: SPIE and Kier are learning to live together in the booming Scottish education market