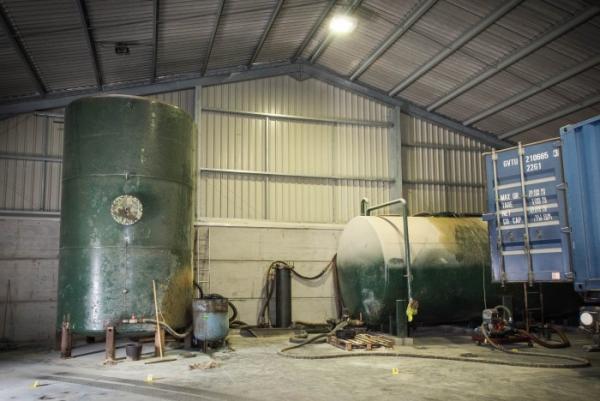 Seven men have been arrested by HM Revenue and Customs (HMRC) and four tonnes of toxic waste removed, after two fuel laundering plants were discovered in Essex on Wednesday 27 July in early morning raids.

As part of a multi-agency investigation into a suspected £1.4 million fuel fraud, more than 50 officers from HMRC and the Environment Agency, carried out simultaneous searches of three business and six residential addresses in south Essex and Kent.

Between them, the two laundering plants had the potential to produce three million litres of illicit fuel a year, evading an estimated £1.4 million in revenue. The laundering plants have been dismantled and 36,000 litres of suspected laundered fuel seized, along with three fuel tankers, two vans and £28,000 cash.

Brett Wilkinson, Assistant Director, Fraud Investigation Service, HMRC, MRC, said: “The toxic waste from fuel laundering poses a real threat to the environment and costs thousands of pounds to dispose of safely. Taxpayers are not only missing out on the stolen tax but we also have to fund the substantial clean up and disposal costs.

The laundering of red diesel - a low-tax fuel primarily for agricultural use - has historically involved its filtration through chemicals or acids to remove government markers and it is then sold on as road fuel to unsuspecting motorists.

Details of the arrests