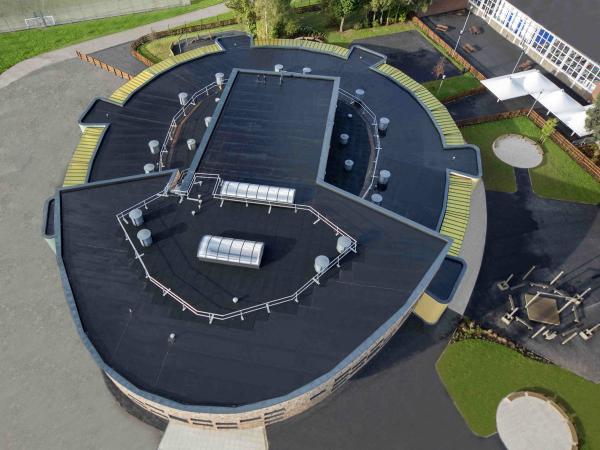 The new Four Dwellings Primary School, on the site of the secondary school with the same name, has been designed from the inside out by project architects dRMM. Classrooms surround a central hall and provide a link between internal communal areas and external landscaping.

AAC discussed with dRMM its Prelasti EPDM synthetic rubber alternative to asphalt and felt materials and the two worked together on a basic specification for a solution using EPDM material.

AAC’s project manager Mike Grant says: “We are finding that timber-frame structures are being used more widely as an alternative to steel because of their environmental properties.

“EPDM is the ideal waterproofing membrane for timber structures such as Four Dwellings, as it is lightweight, environmentally sound, and involves no hot works or fires, as asphalt does.”