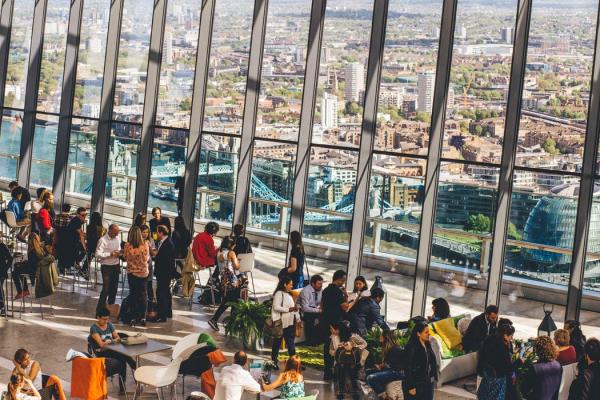 The Hays UK Salary & Recruiting Trends 2018 guide shows that businesses have an optimistic outlook, with 59% expecting their business activity to increase over the coming year and 71% planning to recruit over the next 12 months.

Almost 17,500 employers and employees were surveyed.

The survey also reveals that 59% of employers state that skills shortages are having a negative impact on productivity and 76% state that they don’t have the talent needed to achieve business objectives over the coming year.

It is these skills shortages, which have supported an average salary increase of 1.8% across the UK.

Construction and property professionals have enjoyed the highest average salary increases, with an average of 2.7%, followed by IT, with an average increase of 2.3%, and engineering at 2.2%. Skills shortages are also fuelling some significant salary increases. For example, cyber security information security analysts and engineers have enjoyed some of the greatest rises at 10.5% and 8.4% respectively.

Skills shortages are also putting pressure on employees, with 41% of employers stating that skills shortages have an effect on employee morale. 16% state that there has been an increase in absenteeism due to workplace stress. This correlates to the employee findings, with 44% rating their work-life balance as very poor to average.

This situation is likely to be exacerbated further with 55% of employees planning to move jobs in the next 12 months and high salary dissatisfaction for 43% of employees. Almost a quarter (24%) state that they intend to leave their current jobs due to a lack of future opportunities.

Nigel Heap, Managing Director of Hays UK & Ireland, said: “Despite the economic and political uncertainty and challenges faced by UK organisations, employers are confident about the opportunities that lie ahead and are continuing with their recruitment plans. The average 1.8% salary increase masks some far higher salary increases across the UK, which are being enjoyed by professionals in areas of niche skills shortages.

“However, skills shortages have the potential to severely limit companies’ growth, hinder productivity and damage employee morale at a critical time. Employees are feeling the pressure, salary dissatisfaction is fuelling the discontent and careers are being stifled. Employers are concerned about the impact this could have on their ability to capitalise on their plans for growth.

“We therefore suggest that organisations look to make workforce planning a key strategic priority, invest in their employer brand, and use contingent workers for more than just projects. Employers need to ensure they can attract the best people and alleviate some of the pressure on their existing workforce.”

The salary data has been complied using information gathered during 2017 from Hays offices across the UK. It is based on job listings, job offers and candidate registrations. The recruiting trends are based on the survey findings of almost 17,500 employers and employees. The survey was conducted in early summer 2017 by organisations of all sizes and sectors.

Picture:  Most employers and employees are optimistic about their prospects in 2018 despite Brexit and skills shortages

ThisWeekinFM looks at the key insights from this year’s survey, including information on salary levels, career motivations and work/life balance. In the fifth...