Encouraging Staff Off the Evil Weed 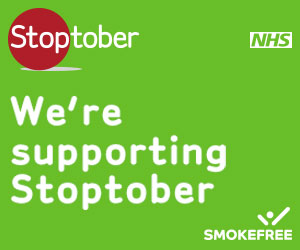 During October, the nation’s eight million smokers will again be encouraged to take part in the mass participation quit attempt – Stoptober. It is commonly accepted that if you can stop smoking for 28 days you are five times more likely to stay Smokefree. Stoptober leads smokers through a detailed step-by-step programme to help them achieve this goal.

Stoptober resources are now available for any business wanting to help their staff give up. There is lots of promotional materials and useful advice to help you inspire smokers to quit in including: a rather clever Email signature, Posters, Leaflets, Stoptober ‘Prepare’ packs, Web banners (pictured) and a Comms toolkit. Most can be downloaded from the resources section at smokefree.nhs.uk (the site for the campaign can be found at stoptober.smokefree.nhs.uk)

Smokers across the country are being urged to take part in Stoptober (the mass quitting challenge from Public Health England (PHE) starting on 1 October) and join nearly...