Energy Investment - One in the Eye of the Beholder 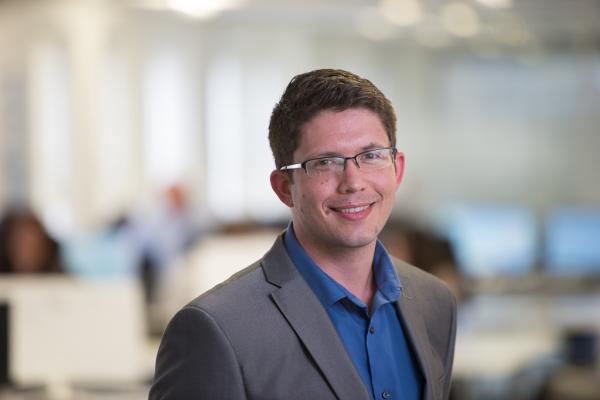 Unless a business has a burning desire to be carbon neutral, with choices made purely to support this goal – perhaps this is central to the company’s values – then money is always going to be a significant factor in choosing which energy efficiency projects to implement. But we should focus more on the value that a measure can deliver, rather than just the up-front cost, to ensure the maximum benefit to a company’s bottom line.

The maths behind energy efficiency can be complex (and rather outside the scope of this article), but when it comes to distinguishing between the cost and value of an energy efficiency measure, there’s really only one simple question that needs to be borne in mind: do the benefits of the energy saving product (over time) more than offset the original capital expenditure?

It may be a simple question, yet it doesn’t always have a simple answer. Value can be subjective, as it will depend on the factors that are taken into account (not just financial ones, in terms of capital and operational expenditure, but aesthetic and practical considerations too).

For example, when it comes to LED lighting, there is a new wave of products every month, and the cost of high volume products is falling fast. The market has created a race to the bottom for itself, and the material value of products is generally low. But the energy efficiency rewards are high, even with the cheapest products, with savings of up to 60% promised. This means that payback periods can seem temptingly short: low-cost products might pay back in one year, while high-end versions could see payback periods of up to 10 years. But using this criterion alone to make a purchasing decision can be shortsighted.

There are plenty of other factors which might affect true value. If the light fitting doesn’t look right or deliver on the promised light levels, then a business which places great emphasis on aesthetics could be forced to replace the entire installation, which means paying twice. Or perhaps the space has to be dramatically adjusted to allow for the product to be installed, which would mean the increased cost of the installation outweighs the energy cost savings. Even more importantly, you might have a predicament over quality (or rather, a lack of it).

Cheaper LED lighting may be appealing, with its promised one-year payback but the ‘saving’ often isn’t all it’s cracked up to be – especially if you’re still in the mindset of the old type of lighting technology (for example halogen, fluorescent, or even incandescent bulbs). With these older forms of lighting it’s possible to change a few lamps here and there without problem, but with LED if the chip fails then you can’t just switch out a few of them, you have to replace the entire system. Additionally, LED products are made in batches, and generally you’re only able to ensure colour consistency from a single production run – so change a single luminaire, and you’ll find it looks different to all the others. Added to this complexity is the fact that LED technology is improving at a rapid pace, so it might be that a fitting bought today is no longer available in a year’s time.

A product that has a one-year payback and one-year warranty is cost neutral and the saving made may need to be reinvested into the lighting year on year, with no end in sight. In contrast, a product offering a three-year payback might boast a 10-year warranty, which allows a seven-year band of true savings, resulting in the project being cash positive. To monetize this example, let us imagine a company with a £1m energy spend per annum. The cheaper product, with a one-year payback and one-year warranty, could cost £100,000 each year, ad infinitum, which completely negates the £100,000 energy cost saving that could be achieved. In contrast, a higher quality product, with a 10-year warranty, could cost £350,000 to implement – which translates to a three-year payback – and yet could deliver a £650,000 saving over the warranty period, representing a £65,000 per annum saving. The dearest option therefore is clearly a much better proposition in terms of value, even if the headline cost seems prohibitive – the old mantra buy cheap, buy twice is certainly relevant here, and you’re not just gambling with CapEx but OpEx too.

It’s also worth considering who makes the decision on moving forward with a project, since viewpoints will differ according to role objectives and priorities, as well as being affected by the budgetary information and other data available. For example, if LED upgrades are decided by a maintenance engineer whose involvement with budgets is limited, they perhaps won’t see the true overall value of each proposition, and the cheaper option will likely win out (it’s a far easier spend, especially if it’s within the engineer’s buying power). At facilities manager level, the data may be available, but it may take the help of a specialist consultant to make an informed, fully calculated decision, and ditto for board-level decision makers – who will have the benefit of the wider picture in terms of lifecycle cost, but also will feel the pressure to minimize capital expenditure.

One solution that could simplify the tricky choice between cost and value is to stagger the initial outlay, with the product being installed today and paid for over the payback period – ensuring that value, rather than a scary-looking headline cost, is uppermost in the decision-maker’s mind. Manufacturers have looked into this, and although generally it can be achieved, they are not making the same level of margin as the client is on savings, so they are largely unwilling to take on the financial burden of the project, even if their faith in their product is robust.

Since the value judgments of people in various roles may not match, for the most objective recommendation large-scale lighting procurement really needs to be evaluated by a team of people who understand the lighting market, ongoing FM costs, and the business requirements – the latter is important, since a well-designed energy-saving lighting scheme (or indeed HVAC system), can improve the productivity of staff through optimum light levels for work, as well as positively impact on sales directly (for example, in a restaurant or retail outlet).

Additionally, making great cost savings long-term might mean that other cutbacks aren’t required. Or if the business isn’t in need of belt-tightening activity, the energy-related cost savings might be used for any number of revenue-increasing investments.

When an energy efficiency project hits that sweet spot where the long-term savings are significant (even if the initial outlay is greater), that’s when the wider ramifications get a lot more positive – way beyond the usual benefit expectations of energy efficiency measures. And this is only possible when you make a judgment based on value, rather than cost.

Artic Building Services has been selected to provide hard FM services to Moore Kingston Smith, supporting the consultancy company Mechpro. With their headquarters...