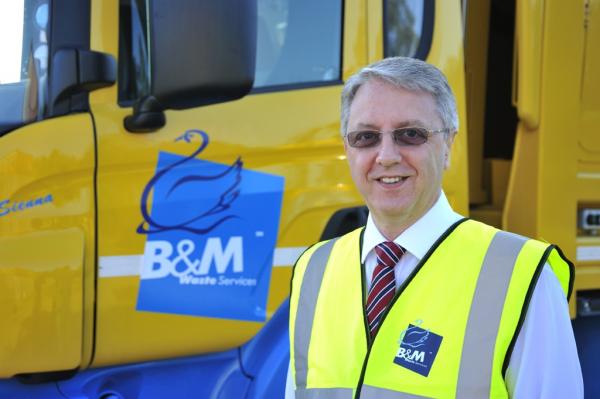 B&M Waste Services has completed the migration of their legacy system to an Enterprise Management Platform and Mobile solution from AMCS, an application provider for the waste and recycling industry.

The system is able to take into account a range of factors such as disposal locations and customer sites with restricted access or limited collection times, helping to reduce the potential for missed collections.

Drivers of the company’s collection and delivery vehicles have been issued with mobile devices, which enable real-time communication and assist in a proactive customer service approach and the speedy resolution of any issues or queries that arise.

Commenting on the implementation B&M Waste Services, Grahame Henderson – Finance Director, said: “The new system has enabled us to operate more efficiently both commercially and environmentally. The support we have received from the AMCS technical and project management teams has given us the confidence we need to make an investment of this magnitude, which we believe will play an important role in underpinning our continued growth.”

Elaine Treacy - Head of Sales at AMCS said: “The AMCS platform is inspired by global market trends and is designed to automate, standardise and optimise all business processes from waste collection to processing and materials trading.”