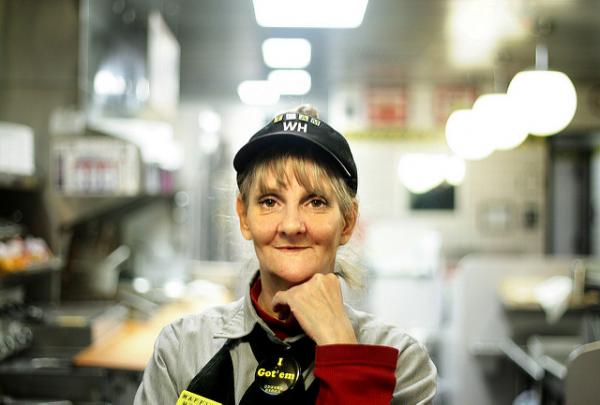 It was the union, UNISON that won a landmark court victory on Wednesday July 26 against the government, which means that employment tribunal fees will now be scrapped.

The Supreme Court - the UK’s highest court - has unanimously ruled that the government was acting unlawfully when it introduced the fees four years ago.

The government will also have to refund more than £27 million to the thousands of people charged for taking claims to tribunals. This is since July 2013, when fees were introduced by Chris Grayling, the then Lord Chancellor.

The Employment Tribunals Service has not as yet indicated whether claimants put off by fees will be offered an opportunity to take their cases forward - traditionally a time restriction applied.

For four years anyone in England, Scotland and Wales wanting to pursue a case against their employer has had to find as much as £1,200. This has been a huge expense for all claimants but was a particular obstacle to  low-paid employees, said UNISON.

The judges also said fees were set so high, it 'has had a deterrent effect upon discrimination claims, among others' and also put off more genuine cases, than the so-called vexatious claims the government claimed fees were meant to deter.

Access to justice is of value to society as a whole

The Supreme Court stressed that the administration of justice is not merely a public service, where courts and tribunals are only of value to the users who appear before them and who obtain a remedy. They said access to justice is of value to society as a whole, especially where cases establish legal rules and principles of general importance.

The Court said evidence showed the fall in claims when fees came in was 'so sharp, so substantial and so sustained' that they could not reasonably be afforded by those on low to middle incomes. It also held that fees particularly deterred the kind of ‘low-value’ claims generally brought by the most vulnerable workers.

The most common reasons for employment tribunal cases include unfair dismissal, holiday pay and sex discrimination. Official statistics show that the number of cases taken by workers has dropped by nearly 70% since the fees were introduced. TUC research shows that this fall was especially high in cases involving part-time work rules (-83%), sexual orientation discrimination (-75%) and unauthorised deductions from wages (-78%). 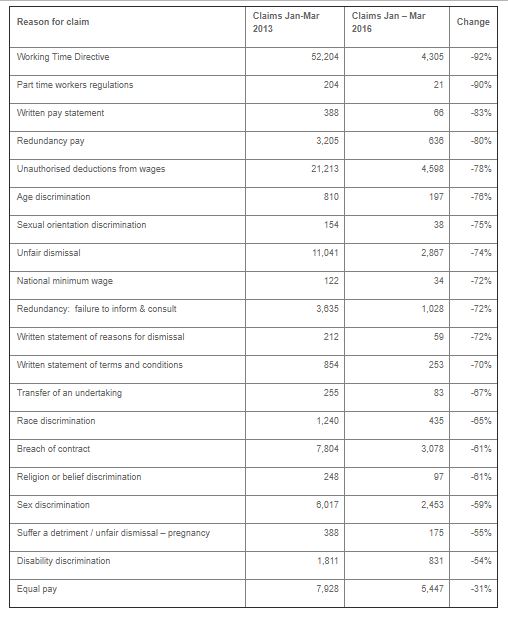 The stated aims of the Fees Order were to transfer part of the cost burden of the tribunals from taxpayers to users of their services, to deter unmeritorious claims and to encourage earlier settlement.

The Fees Order required an issue fee to be paid when a claim form was presented to an Employment Tribunal and a fee to be paid before the (EAT) Employment Appeal Tribunal (the actual case). The amounts depended on whether the claim was brought by a single claimant or a group and whether the claim was classified as type A or type B (Type A was roughly £390 but type B was roughly £1,200 with discounts or a waiver depending on income). Type A claims are specified and generally require little or no pre-hearing work and very short hearings. All other claims are type B, including unfair dismissal, equal pay and discrimination claims. EAT fees were payable without distinction between different types of appeal or between single and group appellants.

The appellant in this case, UNISON, argued that the making of the Fees Order was not lawful because the prescribed fees interfered unjustifiably with the right of access to justice under both the common law and EU law, frustrate the operation of Parliamentary legislation granting employment rights and discriminate unlawfully against women and other protected groups.

The Supreme Court unanimously allowed the appeal as the Fees Order is unlawful under both domestic and EU law because it has the effect of preventing access to justice. Since it had that effect as soon as it was made, it was therefore unlawful and had to be quashed.

(While court fees for small claims are related to the value of the claim, the ET and EAT fees bear no direct relation to the amount sought and can therefore be expected to act as a deterrent to claims for modest amounts or non-monetary remedies - which together form the majority of ET claims.)

The recoverability of costs upon success cannot be decisive of the question of access to justice as that right is not restricted to the ability to bring successful claims.

(Indeed the evidence before the Court showed that the effect of the Fees Order was a dramatic and persistent fall in the number of claims brought, with a greater fall in the number of lower value claims and claims in which a financial remedy was not sought. Fees were the most frequently cited reason for not submitting a claim. Worked examples of the impact of fees on hypothetical claimants indicated that in order to meet the fees they would have to restrict expenditure that was ordinary and reasonable for maintaining living standards.)

The question of whether fees effectively prevent access to justice must be decided according to the likely impact of the fees on behaviour in the real world. Fees must be affordable not in a theoretical sense but in the sense that they can reasonably be afforded. Where households on low to middle incomes can only afford fees by forgoing an acceptable standard of living, the fees cannot be regarded as affordable. Even where fees are affordable, they prevent access to justice where they render it futile or irrational to bring a claim, for example where in claims for modest or no financial awards no sensible claimant will bring a claim unless he can be virtually certain he will succeed, that the award will include recovery of fees and that the award will be satisfied in full.

The Fees Order is also unlawful because it contravenes the EU law guarantee of an effective remedy before a tribunal - it imposes disproportionate limitations on the enforcement of EU employment rights.

The Fees Order is indirectly discriminatory under the Equality Act 2010 because the higher fees for type B claims put women at a particular disadvantage because a higher proportion of women bring type B than bring type A claims.

The charging of higher fees was not a proportionate means of achieving the stated aims of the Fees Order. It had not been shown to be more effective at transferring the cost of the service from taxpayers to users, and in some type B cases (such as pregnancy dismissal) the higher fee did not correspond to a greater workload placed on the tribunal.

Further, meritorious as well as unmeritorious claims might be deterred by the higher price and there was no correlation between the higher fee and the merits of the case or incentives to settle.

UNISON - put up or shut up

UNISON general secretary Dave Prentis said: “When ministers introduced fees they were disregarding laws many centuries old. The government has been acting unlawfully and has been proved wrong – not just on simple economics but on constitutional law and basic fairness too.

“These unfair fees have let law-breaking bosses off the hook these past four years and left badly treated staff with no choice but to put up or shut up. We’ll never know how many people missed out because they couldn’t afford the expense of fees. But at last this tax on justice has been lifted.”

UNISON assistant general secretary Bronwyn McKenna said: “The Supreme Court correctly criticised the government’s failure when it set the fees to consider the public benefits flowing from the enforcement of legal rights enacted by Parliament. The effective enforcement of these rights is fundamental to Parliamentary democracy and integral to the development of UK law.”

TUC General Secretary Frances O’Grady said: “Too many low-paid workers couldn’t afford to uphold their rights at work, even when they’ve faced harassment or have been sacked unfairly. Tribunal fees have been a bonanza for bad bosses, giving them free rein to mistreat staff. Any fees paid so far should be refunded as soon as possible.”

Picture: Fees to apply for an employment tribunal and for the appeal itself have been scrapped as they are unlawfully harsh on low paid families and women