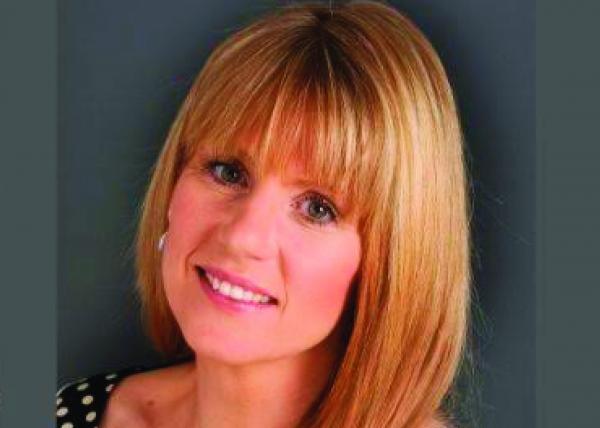 The referendum has been decided and the result is in, writes Melanie Kendall-Reid. The UK is to leave the European Union after 43 years as members. This is the end of an era.

The United Kingdom joined the European Economic Community (as it then was) on 1 January 1973 with Denmark and Ireland having been vetoed on two previous occasions by the French Government. Its membership was controversial and the Labour party initially sought renegotiation of membership after which the British public participated in a referendum on whether the United Kingdom should remain part of the Community. This was duly held in 1975 with a 67% vote in favour of continued membership.

Whilst the British public has spoken and the decision to leave the EU has been made, the path is far from straight forward. The referendum is merely the start of a two year process of negotiations and decisions. The UK has now to decide if it will join the European Economic Area (EEA), thereby remaining as associate members of the European Union or cut all ties with Europe – as far as it is possible to do so in a globalised world economy.

If the UK decides to join the (EEA), the huge progress that has been made to date in improving the UK environment could be lost in the absence of external pressure and auditing that membership of the union has brought. A total withdrawal is likely to bring a much wider erosion of environmental policy, which could be the intention the current Government and one which risks significant economic damage to the UK. It is possible however, for members of the EEA to follow EU environmental policies.

Both Norway and Iceland, as non-EU members of the EEA, follow EU climate policy closely and participate in large parts without exerting significant influence on its development and direction. Norway participates in the EU ETS via its parallel trading system. Initially, it was only able to do so through a one-way voluntary acceptance of EU ETS allowances to meet its own trading system’s obligations, but joined fully in 2008, once the European Commission had accepted its proposals for a cap and allocation of allowances. Its participation in the ETS continues to allow it the flexibility of a wider carbon market; but it has no influence on the carbon price applied or the level of ambition set for the ETS.

Iceland has less need of an emissions trading mechanism, since its domestic energy supply is 100% renewable; but has been part of the EU’s wider emissions target since the EU and Iceland jointly ratified the Kyoto Protocol. Its contribution to the Paris Agreement is aligned with the EU’s, although it had no voice in European Council discussions on the targets, and (like Norway with the ETS), its only choice in implementation is either to accept EU rules, or to comply separately without the flexibility allowed to member states. This would be the position of the UK if it now decides to become an EEA member outside the EU. Also, with regard to trading with its European counterparts, the UK will be subject to a wide range of EU laws it will now have little influence over their content.

European environmental policies provide business opportunities to UK firms to become market leaders in the development of new technologies. The Confederation of British Industry suggested that green business accounted for 8% of GDP, a third of UK growth in 2011-2012 and could add a further £20 billion to the UK economy. The EU is our largest trading partner offering access to a larger marketplace and the opportunity to trade with other member states under favourable terms and conditions. Non-EU Members of the EEA enjoy preferential access to the Single European Market but do not participate in Justice and Home Affairs, Common Foreign and Security Policy, the Common Agricultural Policy, and the Common Fisheries Policy. In order to gain preferential access to the EU market they do have to abide by the acquis communautaire – the rules and regulations governing the operation of the single market, including many environmental rules.

A total withdrawal with no EEA membership would lead to significant risk both rising energy costs and security of supply as the UK has a heavy dependence on European interconnectors. Predictions are that by 2030 the UK will be importing circa 75% of its gas. Events in the past two years have shown how important it is to keep suppliers onside with what has happened in Eastern Europe with Russia using its gas supplies through Gazprom as a tool of foreign policy.

Before we joined the EU, Britain was seen as the dirty man of Europe In the period that the UK has been in the EU, the economy and environment has improved, albeit not entirely due to EU membership. For many years, Europe led the world in renewable energy investment but China has overtaken this. EU nations promoted clean energy at vastly inflated costs through imposed renewable energy targets, tariffs and subsidies. When budgets reached breaking point in 2011, European renewable energy investment slumped by more than half and has yet to recover.

Some environmental policies are as a result of UK initiatives, Driven by concerns on carbon price, the UK unilaterally enacted the carbon floor price which is contributing to the closure of coal-fired power stations. The UK has also singly decided to phase out coal-fired power entirely by 2025. In coming decades, the planet faces an unprecedented challenge in the form of climate change and the only way to address it is through technological innovation and reduction of energy use.

What is most worrying now the decision to Exit the EU has been made is that, in recent years, the UK government has shown a clear lack of commitment to driving down energy use, preferring to focus its attention on security of supply at any cost as demonstrated by the capacity market auctions. The government is now effectively free to amend or repeal the acts adopted to give effect to the EU laws that has driven the implementation of energy efficiency measures. Without the levels of environmental protection afforded by EU membership, the weakening of UK environmental policy appears inevitable under the current Government.

The longer term commitment is more positive, in that, on 22nd April 2016 the UK signed the COP21 agreement, committing to 1.55% reduction in carbon emissions. The UK is expected to deliver on this whether it is an EU member state or not.

Another particular concern that will be in the forefront on campaigners’ minds today is that fracking will become widespread despite the number of environmental and safety concerns. The majority of the rules that regulate the use of fracking are derived from European directives and are intended to make sure that fracking and other activities do not contaminate water, pollute the air or use unsafe chemicals. The government has suggested in the past that fracking legislation is an unnecessary burden. The Government’s clear and unmoving support for fracking is a firm indicator that this will be the case.

Whilst EU membership has its drawbacks, from an environmental perspective, it offered the UK protection from the Government’s varying its commitment to the environment and climate change based on other needs including that of the Treasury. That said, the exit is a long process – the UK is required to give two years notice and during that time there will be much negotiation.

Despite the environmental concerns arising from the referendum result, there is widespread acknowledgement from a large number of global organisations that the implementation of energy saving measures and a reduction in energy use is essential to future success. From a corporate responsibility perspective, many companies insist that measures that improve the efficiency of buildings from which they operate go beyond the legislative requirements. Whilst the UK population who supported the decision to leave the EU today may have given the current Government the tools to overturn some of the progress made through EU environmental policies, the benefits of energy efficiency are recognised beyond the legislative requirement and this will continue to drive change regardless of any backward step that the impending exit from the EU will bring.

In the early hours of last Friday, EU Leaders agreed to further cuts in CO2 emissions - 40% by 2030, compared with 1990 levels - with the EC President Herman van Rompuyj...

In an initial ruling, the European Commission (EC) found the UK is not enforcing laws that require Energy Performance Certificates (EPCs) to be filed for all buildings...