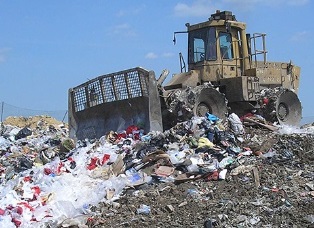 The Environmental Audit Committee (EAC) has joined the EU referendum debate with its latest report stating that the UK is better within than in the BREXIT fold.

In giving the Chair's comment at the start of the report, Mary Creagh MP was unequivocal when she stated on behalf of the EAC on the Environment: “EU environmental laws have played a key part and mean we bathe on cleaner beaches, drive more fuel-efficient cars and can hold government to account on air pollution."

The inquiry heard concerns that a UK outside the EU would still have to follow some of its environmental legislation but with significantly less ability to influence how it would be developed. Not surprisingly, pro-EU government ministers told the Committee that a vote to leave would result in a ‘long and tortuous negotiation’ while business representatives felt a leave vote could remove long term certainty.

The ‘overwhelming majority’ of witnesses said that there were benefits to solving some of our environmental problems multilaterally and that the UK’s membership of the EU has ensured that the UK environment had been better protected.

"Environmental problems don’t respect borders,” warned Creagh. “When it comes to protecting our natural environment and dealing with global problems like climate change, the overwhelming evidence is that EU membership has improved the UK’s approach to the environment and ensured that the UK’s environment has been better protected."

Witnesses told the Committee that membership of the EU had strengthened the UK’s approach to environmental protection. According to Angus Evers, Member and Co-convenor of the Waste Working Party at the UK Environmental Law Association (UKELA), the UK transitioned from the image of the Dirty Man of Europe  in the 1970s to “becoming one of the leaders of European environmental policy”.

In his submission, Professor Colin Reid, Professor of Environmental Law at the University of Dundee Law School, believed “EU involvement certainly ensured that action was taken on a faster timetable and more thoroughly than would otherwise have been the case”.

The Committee also cited witnesses who had given specific examples, including improvements in bathing water and air quality as well as waste disposal. One example was the Environmental Services Association (ESA) where it felt the Landfill Directive had led to a ‘huge reduction in UK methane emissions from landfill’.

The case for exit

In a damning indictment of the BREXIT group and one that will be certain to annoy its leaders, the Committee believed ‘relatively little appears to have been done by way of planning in the case of the UK leaving. None of the witnesses to our inquiry made an environmental case for leaving the EU.’

Picture:    The latest EAC report cited the view that the imposition of the Landfill Directive had led to a ‘huge reduction in UK methane emissions from landfill’