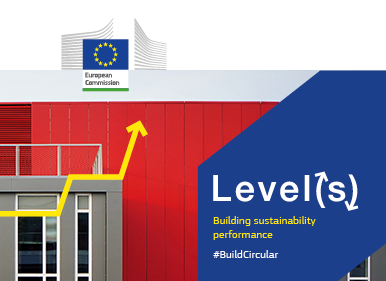 The European Commission has launched the pilot phase of ‘Level(s)’, a new EU- framework for sustainable buildings. It is the first tool of this kind that has been developed for use across the whole of Europe.

Commissioner for Environment, Maritime Affairs and Fisheries, Karmenu Vella said: “Level(s) can help us develop an environment built sustainably across Europe and support our transition to the circular economy. We are releasing this framework for the sector during World Green Building Week (Monday 25th September 2017 to Sunday 01st October 2017). It marks an important step towards a more resource-efficient and competitive construction sector in Europe.”

Level(s) focuses on performance indicators across areas such as greenhouse gas emissions, resource and water efficiency as well as health and comfort. It aims to establish a ‘common language’ around what sustainable building means in practice – shifting the debate beyond energy performance.

The test phase for Level(s) is now being launched and will run until 2019. All building projects are invited to learn more about it and pilot the new tool. The European Commission will provide technical assistance to those applying all or parts of Level(s).

James Drinkwater, Director of the World Green Building Council's Europe Regional Network said: “This is a signal to the market that sustainable building practice is shifting from niche to norm. Having a common goal to deliver nearly zero-energy buildings across Europe galvanised action. Now having a common language around ‘sustainable’ building helps us begin to really transform mainstream practice.”

Two technical guidance reports have been released to support the pilot phase. The first technical report provides an introduction to Level(s) and how it works. The second technical report provides detailed guidance on how to make performance assessments using Level(s). The Commission will host a pilot workshop for organisations interested in testing Level(s) in Brussels on December 4 2017.

Level(s) focuses on the main aspects of a building's performance, providing a simple entry point for those looking to build more sustainably. These aspects include: greenhouse gas emissions throughout the building’s life cycle, material life cycles which are resource efficient and circular, efficient use of water resources, healthy and comfortable spaces, adaptation and resilience to climate change, and whole building life cycle cost and value. Each indicator in Level(s) is designed to link a building’s impact with EU priorities for circular economy, and the framework effectively broadens the building agenda to deliver more of the UN’s Sustainable Development Goals.

To register your interest in testing, go to: http://ec.europa.eu/eusurvey/runner/Levels