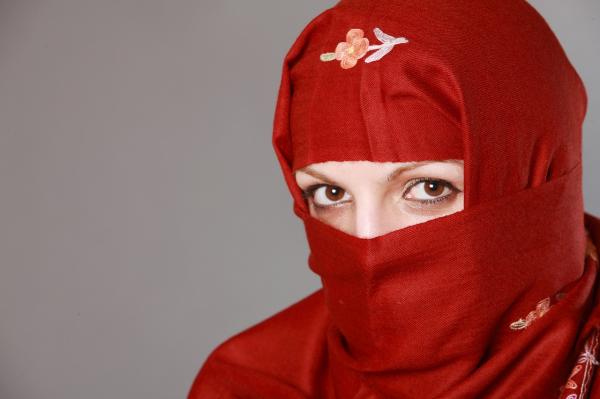 A European Court of Justice ruling (week ending March 17), has upheld an employer's and their contractor's (G4S Secure Solutions) right to ban the wearing of Hijabis at work along with any other visible signs of political, philosophical or religious allegiance.

It comes after G4S in Belgium dismissed a receptionist working for one of their clients because she insisted on  wearing her Hijab. She had previously worked for a time without wearing her headscarf.

Like many judgements, this one could be overturned and is somewhat ambiguous:

The case against G4S Secure Solutions

On 12 February 2003, Samira Achbita, a Muslim, was employed as a receptionist by G4S which provides, reception services for customers in both the public and private sectors. At the time of Ms Achbita’s recruitment there was an unwritten rule within G4S that prohibited employees from wearing visible signs of their political, philosophical or religious beliefs in the workplace.

In April 2006, Ms Achbita informed her employer that she intended to wear an Islamic headscarf during working hours. In response, the management of G4S informed her that the wearing of the headscarf would not be tolerated because the visible wearing of political, philosophical or religious signs was contrary to the position of neutrality G4S adopted in its contacts with its customers. On 12 May 2006, after a period of absence from work due to sickness, Ms Achbita notified her employer that she would be returning to work on 15 May and that she would in future be wearing the Islamic headscarf.

On 29 May 2006, the G4S works council approved an amendment to the workplace regulations, which came into force on 13 June 2006. These provided that ‘employees are prohibited, in the workplace, from wearing any visible signs of their political, philosophical or religious beliefs and/or from engaging in any observance of such beliefs’.

On 12 June 2006, Ms Achbita was dismissed because of her continuing insistence on wearing the Islamic headscarf at work. She challenged that dismissal in the Belgian courts and those courts referred to the Court of Justice which found that the ‘principle of equal treatment’ means that there is to be no direct or indirect discrimination whatsoever on the grounds of religion.

However, as G4S’s internal rule refers to the wearing of visible signs of political, philosophical or religious beliefs and therefore covers any manifestation of such beliefs without distinction (notably by requiring employees, generally and without any differentiation, to dress neutrally), such an internal rule does not introduce a difference of treatment that is directly based on religion or belief and therefore cannot be considered discriminatory.

The ban on the visible wearing of signs of political, philosophical or religious beliefs is appropriate for the purpose of ensuring that a policy of neutrality is properly applied, provided that that policy is genuinely pursued in a consistent and systematic manner. The national court must ascertain whether G4S had, prior to Ms Achbita’s dismissal, established a general and undifferentiated policy in that respect. In this instance, it is also necessary to ascertain whether the prohibition covers only G4S workers who interact with customers. If that is the case, the prohibition must be considered strictly necessary for the purpose of achieving the aim pursued.

It should also be ascertained whether, taking into account the inherent constraints to which the undertaking is subject, and without G4S being required to take on an additional burden, it would have been possible for G4S to offer Ms Achbita a post not involving any visual contact with those customers, instead of dismissing her.

NOTE: A reference for a preliminary ruling allows the courts and tribunals of the Member States, in disputes which have been brought before them, to refer questions to the Court of Justice about the interpretation of EU law or the validity of a European Union act. The Court of Justice does not decide the dispute itself. It is for the national court or tribunal to dispose of the case in accordance with the Court’s decision, which is similarly binding on other national courts or tribunals before which a similar issue is raised.

Prior to being recruited by Micropole, a private undertaking, Asma Bougnaoui met a representative of Micropole at a student fair in October 2007, who informed her that the wearing of an Islamic headscarf might pose a problem when she was in contact with customers of the company. When Ms Bougnaoui arrived at Micropole on 4 February 2008 for an internship, she was wearing a simple bandana. She subsequently wore an Islamic headscarf at work. At the end of her internship, Micropole employed her, from 15 July 2008, as a design engineer under a contract of employment of indefinite duration. Following a complaint from a customer to whom she had been assigned by Micropole, Micropole reaffirmed the principle of the need for neutrality as regards its customers and asked her not to wear the veil in future. Ms Bougnaoui objected and was subsequently dismissed. She challenged her dismissal in the French courts.

The Cour de cassation (Court of Cassation, France), before which the matter was brought, asked the Court of Justice whether the willingness of an employer to take account of the wishes of a customer no longer to have that employer’s services provided by a worker wearing an Islamic headscarf may be considered a ‘genuine and determining occupational requirement’ within the meaning of the directive.

In today’s judgment, the Court of Justice notes, first of all, that it is not clear from the order for reference whether the question from the French Court of Cassation is based on a finding of a difference of treatment based directly or indirectly on religion or belief.

It is therefore for the French Court of Cassation to ascertain whether Ms Bougnaoui’s dismissal was based on non-compliance with an internal rule prohibiting the visible wearing of signs of political, philosophical or religious beliefs. If that is the case, it is for that court to determine whether the conditions set out in the judgment in G4S Secure Solutions are satisfied, that is to say, whether the difference of treatment, arising from an apparently neutral internal rule that is likely to result, in fact, in certain persons being put at a particular disadvantage, is objectively justified by the pursuit of a policy of neutrality, and whether it is appropriate and necessary.

By contrast, if the dismissal of Ms Bougnaoui was not based on the existence of such an internal rule, it would be necessary to determine whether the willingness of an employer to take account of a customer’s wish no longer to have the employer’s services provided by a worker who wears an Islamic headscarf is justified for the purposes of Article 4(1) of the directive, according to which Member States may provide that a difference of treatment prohibited by the directive does not constitute discrimination where, by reason of the nature of the particular occupational activities concerned or of the context in which they are carried out, the characteristic at issue constitutes a genuine and determining occupational requirement, provided that the objective is legitimate and the requirement is proportionate.

The Court of Justice points out that it is only in very limited circumstances that a characteristic related, in particular, to religion may constitute a genuine and determining occupational requirement, a concept which refers to a requirement that is objectively dictated by the nature of the occupational activities concerned or of the context in which they are carried out and does not cover subjective considerations, such as the employer’s willingness to take account of the particular wishes of the customer.

The answer given by the Court is, therefore, that the willingness of an employer to take account of the wishes of a customer no longer to have the services of that employer provided by a worker wearing an Islamic headscarf cannot be considered a genuine and determining occupational requirement within the meaning of the directive.

The European Court of Human Rights ruled this week that employers have the right to monitor their workers’ e-mails and electronic messages. The ruling relates...