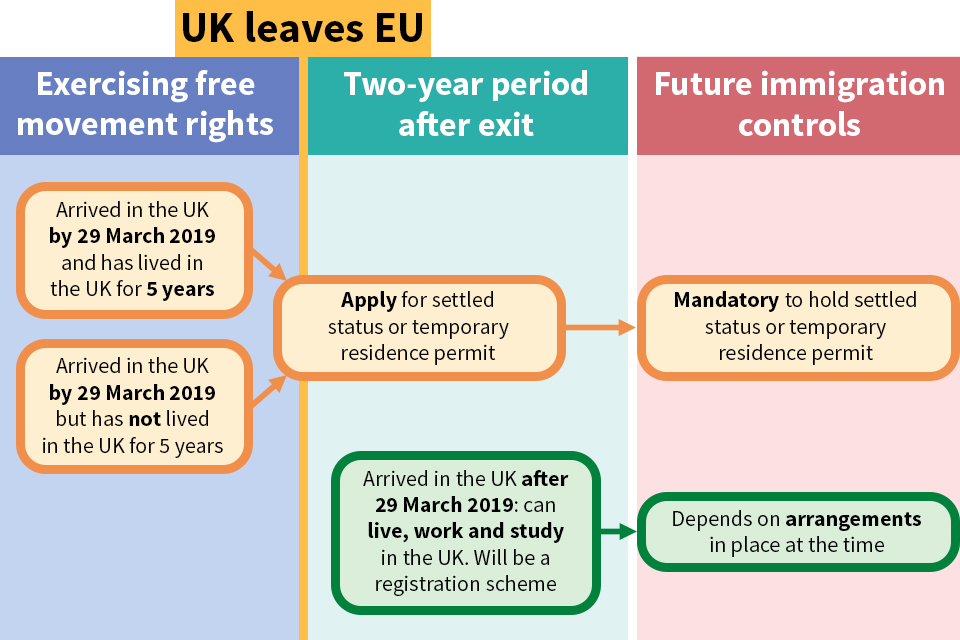 Before Christmas, the Federation of Master Builders raised fears that European construction workers might head home for the Festive Season and simply not come back. It's time to look at how European workers can apply for 'residence' in the UK and vice versa for Brits on the Continent.

Brian Berry, Chief Executive of the FMB, said: “Our latest research shows that EU workers are vital to the success of the UK construction industry and our message to these individuals is clear – you are highly valued and we need you. Christmas is now upon us and there’s a risk that those EU migrant workers who go home to their home countries for the festive period might not come back. With Brexit looming large on the horizon, EU workers in the UK are facing high levels of uncertainty over their future. Furthermore, since the depreciation of Sterling in the summer of 2016, their wages aren’t worth as much as they were previously. Employers are genuinely concerned that this mixture of uncertainty about the future and less money in their pockets will make the UK a much less attractive proposition that it was pre-referendum.

“Ministers haven’t done enough to reassure EU workers that they have a future in the UK.”

The UK government has established an agreement on rights for EU citizens and their families:

EU citizens and their family members in the UK will need to apply to get their status document. Getting this status will prove (for example, to employers or public service providers) that they have permission to continue living and working here in future.

The application fee will be no more than the cost charged to British citizens for a UK passport. If you already have a valid permanent residence document, it will be free.

The application process is to be as streamlined, quick and user-friendly as possible using existing government data to reduce the amount of evidence needed to be provided. For example, HMRC’s employment records will show a UK work history.

As an EU citizen applying to the scheme, you will need to:

The online application form will go live in late 2018.

So people have enough time to apply, the scheme will remain open for applications for a considerable period, at least 2 years, after the UK leaves the EU. During this period your rights in the UK will be protected. If you apply under the scheme, but don’t receive a decision before the end of this period, you can continue living here until the decision is made.

While the UK remains in the EU you don’t need to apply for a document to prove you can live in the UK unless you’re an extended family member of someone from the European Economic Area or Switzerland or you want to apply for British citizenship.

Agreement on rights for UK nationals and their families

The agreement for UK nationals and their family members is:

UK nationals and their family members covered by the agreement will be able to be absent from their Member State of residence for up to 5 years without losing their right to return.

The agreement reached with the European Commission does not cover UK nationals living in the European Free Trade Association states (Norway, Iceland, Lichtenstein and Switzerland).

Picture: What are EU workers rights after March 29 2019