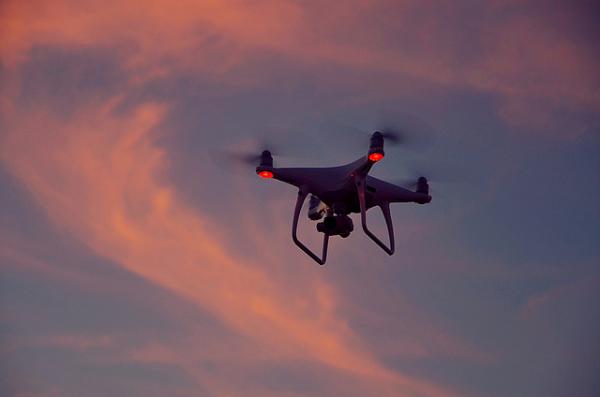 There is a new automated technology that could soon be patrolling your neighbourhood.

Drones have been the future technology to watch for the past few years and it looks like we’re still not done thinking about their potential, according to CCTV.co.uk.

The versatility of these flying robots has been proven already, with them being roped in to help with tricky aerial film and TV shots, delivery for online orders, and monitoring wildlife without disturbing any creatures.

But now CCTV.co.uk predict that drones could become a part of all our lives in a much more direct and important way – by patrolling our neighbourhoods in search of criminal activity.

Attaching a camera to a drone is one of the most common ways to use these versatile machines, meaning we can capture images from places humans can’t easily get to.

They’re a great way to explore dangerous or remote terrains, but it also means we can see things from the air that it would otherwise require an expensive helicopter to catch.

Nowhere is this more exciting than in the home and business CCTV security sector.

Jonathan Ratcliffe from CCTV.co.uk said: “The use of drones for civilian security has been on the cards for a while, and it’s only a matter of time before they’re deployed in this way.

“Their compact size, manoeuvrability and low cost make them an excellent security guard for neighbourhoods, where they can keep an eye on things and can follow anyone acting suspiciously – this will be automated and they will learn to fly back to a charging station ready for the next alert

“If they spot anything, they can help police by sending any important data via bluetooth and adding to the police resources for ensuring domestic security."

Drones are already used as part of national security arsenal for military around the world, as well being deployed in hazardous areas. Japan will see the first domestic security use of drones, with security company Secom releasing a drone that captures security details of visitors including photos of their faces and their car registrations.

As we run headlong towards the age of artificial intelligence, CCTV.co.uk say that drones can even take on some of the responsibility of meeting and greeting your visitors, promising: “Drones can check out any guests before they get to your door, asking them a few questions to work out whether they’re friendly, and guiding them to your door only if they come in peace.”

Tyco has launched the new Illustra 825 Fisheye Camera, designed for retail environments and other public areas. The camera provides a 180° panoramic view when...

DJI has unveiled the new Matrice 200 drone series (M200), which is purpose-built for professional users to perform aerial inspections and collect data – making...