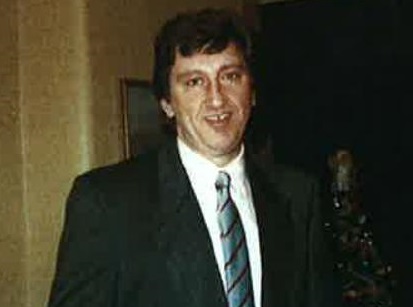 Sajid Javid has said a new independent expert advisory panel will be appointed to advise on measures to be put in place following the Grenfell Tower fire to make sure all similar buildings are made safe.

A separate independent Public Inquiry will investigate what happened and who was responsible for the disaster. This expert panel will look at any immediate action that is required with a view to reassuring the public everything possible is being done to make all public and private buildings safe as quickly as possible.

The Panel will be made up of a range of building and fire safety experts, and will be chaired by Sir Ken Knight, former London Fire Commissioner and former Government Chief Fire and Rescue Adviser.

Other core members of the panel will be Dr Peter Bonfield, Chief Executive of the Building Research Establishment, Roy Wilsher, Chair of the National Fire Chiefs Council and Amanda Clack, President of the Royal Institution of Chartered Surveyors and a Partner at EY.

The panel is said to have a wealth of experience in fire and building safety, including testing processes. They will also draw in wider technical expertise as necessary to inform their advice to the Communities Secretary. It is intended that a first meeting of the Panel will take place this week ending June 30.

Sajid Javid said: "It’s absolutely right that there will be an independent public inquiry to get to the truth about what happened and who was responsible for the Grenfell Tower tragedy.

"However, I want to know if there are measures we can put in place now to keep people safe and I want them done immediately. I want the public to be confident everything possible is being done."

Sir Ken Knight said: "I thank the Secretary of State for appointing me to chair this panel and welcome the opportunity to work with other experts to ensure that our buildings are safe and that we take whatever steps are necessary to ensure such a dreadful incident never happens again.

Dr Peter Bonfield said: "It is important that the best expertise from across our industry, the research communities, the professions and the public sector is drawn out to support the government and society at this critical time of need."

On the morning of June 29, one more of the victims who perished as a result of the Grenfell Tower fire was formally identified as 65-year-old Anthony Disson.

A total of 10 people (four women, four men, one boy and a girl have not been named at the request of their families.

The families of all 18 victims have been informed and are being supported by specially trained family liaison officers.

The estimated 80 dead still in the tower are likely to be found in just 20 flats.

At the conclusion to the July 3 2009 Lakanal fire that only saw prosecutions in Feburary of this year, Assistant Commissioner for Fire Safety Dan Daly, said: "Bringing this prosecution against Southwark Council has been about ensuring lessons are learned so we can reduce the likelihood of such a devastating fire ever happening again." He said the same as he stood by the sides of visiting politicians at Grenfell.

"All landlords, including large housing providers, such as councils and housing associations, have a clear responsibility under the law to ensure that their premises meet all fire safety requirements and are effectively maintained to provide protection in the event of a fire and keep their residents safe.

"We want them to take the opportunity provided by this court case to remind themselves of exactly what their fire safety responsibilities are under the law and to ensure that everyone in their premises is safe from the risk of fire."

'Tower blocks or high rise buildings are designed with walls, ceilings and doors that hold back fire and stop it from spreading into other flats or corridors for some time. This means, that if there is a fire in another part of your building, you are usually safer staying in your flat. Also if you leave your flat you could become trapped or injured by smoke or fire.

Get everyone into one room, preferably one with a window that opens and that has a phone in it. Close the door and wait to be rescued. Put bedding or towels along the bottom of the door to seal the gap, to prevent smoke and fumes from getting into the room. Open the window and stay near it for fresh air, and to alert firefighters when they arrive'.

The first recommendation made by the Coroner for Lakanl in January 2013  was to  ‘improve the dissemination of fire safety information’ to ensure  residents living in high rise buildings have a ‘clear understanding of what  they should do in case of fire.’

In response the Brigade made a commitment to establish a fire safety forum for high rise residential premises with key private and public sector partners, such as London Councils, London boroughs, housing associations and care providers. 'This will enable us to build on the work it has already done to clarify and reinforce fire safety messages for people living in high rise residential buildings'.

The Facilities Event And Sister Exhibitions At Birmingham NEC

The Facilities Event and sister exhibitions at Birmingham NEC saw good steady footfall with a mix of subject matter in seminar sessions while exhibitors worked well....