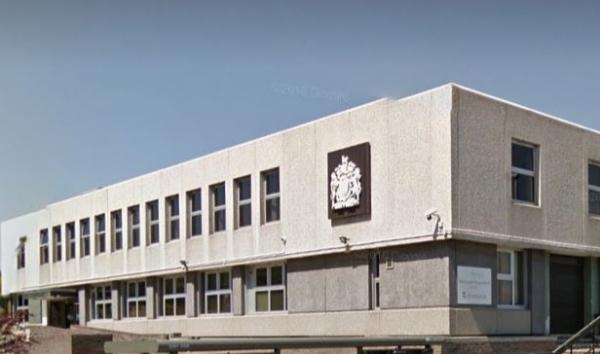 This week saw a £1 million fine for a company after an oxygen pipe exploded during maintenance.

Sheffield Crown Court heard that work was carried out by an in-house contractor to fit a valve to an oxygen pipe that carried pure oxygen. The worker was carrying out checks when he heard hissing from the valve. While investigating the noise, the pipe and valve erupted in flames.

The injured person suffered severe third degree burns as a result. He was initially not expected to survive, having been kept in a coma for several weeks and undergoing several skin grafts.

An investigation by the Health and Safety Executive found the oxygen pipe had been fitted with contaminated second-hand flanges and butterfly valve, containing materials unsuitable for use with oxygen. It was foreseeable that work would at some point be undertaken on the oxygen pipelines that ran across the entire site, yet no action had been taken to take control of this line or to implement training or levels of responsibility for management of such work.

Speaking after the hearing HSE inspector Carol Downes said: “This incident could have been avoided if simple checks had been carried out.

“Duty holders should be aware that HSE will not hesitate to take appropriate enforcement action against those that fall below the require standard.”

Roofing company fined after worker fell through a roof

A London based roofing company has been fined after a 56-year old worker fell through two storeys onto a concrete floor.

Southwark Crown Court heard how 56-year old Ali Mucoj, while working for Wessexmoor Ltd, had been completing roof work at a site on Glycena Road in London, when he fell from an unguarded rear roof and suffered multiple injuries including internal bleeding on the brain and a broken left leg.

An investigation by the Health and Safety Executive found Wessexmoor failed to implement the required safety measures to ensure the roof work was conducted in a safe manner. It was found the roof in question had no edge protection or guardrails in place to prevent falls from height.

Wessesxmoor guilty to breaching the Work at Height Regulations and was fined £160,000 and ordered to pay costs of £7,580.85.

Speaking after the hearing HSE inspector Gavin Pugh said: “Mr Mucoj suffered life changing injuries as a result of Wessexmoor’s safety failings. Duty holders must ensure all work at height is properly planned and all necessary equipment is put in place to ensure workers safety.”

Two South West based companies have been fined after a 44-year old woman was struck by scaffolding.

Weymouth Magistrates’ Court heard how employees of Carter Training Ltd were using a mobile crane on the building project in Queen Mothers Square, Poundbury, Dorchester when the attachment holding 500 scaffolding fittings weighing 2kg each was turned on its side emptying all contents onto workers and the concrete flooring 10.5 metres below.

The worker suffered two fractures to her left shoulder blade, a fracture to her left collar bone, a cut to the back of her head and bruising.

An investigation by the HSE found the stillage attachment used on the crane was not suitable for lifting heavy and large amounts of scaffolding. Lifting the scaffolding directly above a number of contractors working below also put them at risk of harm.

It was also found that principal contractor Zero C Holdings failed to carry out an audit of all lifting plans and as a result failed to manage the risks associated with this lifting activity. Zero C Holdings did not have clear lines of communication between the lifting company Carter Training Ltd and contractors working on the site below.

Zero C Holdings Limited pleaded guilty to breaching the Construction (Design and Management) Regulations and was fined £145,000 and ordered to pay costs of £3,500.

Carter Training pleaded guilty to breaching Lifting Operations and Lifting Equipment Regulations and was fined £18,000 and ordered to pay costs of £3,500.

Speaking after the hearing, HSE inspector Nicole Buchanan said: “The worker is very lucky that her injuries were not life threatening. Both Zero C Holdings and Carter Training put a number of workers at risk of harm when they failed to plan or identify the risks of heavy lifting.

“This case highlights the need for duty holders to properly plan all lifting operations before work is carried out to manage the risk of injury to workers. Lifting directly above workers is inherently unsafe and should be avoided wherever possible.”

Company fined after the death of worker

A North-East based contractor, Pyeroy Ltd, has been fined due to failings in their work at height rescue planning.

Plymouth Magistrates Court heard that on 21 October 2013 Mr Keith Stevens, aged 57, was helping to dismantle temporary roofing at Devonport Naval Base using a mobile elevated work platform (MEWP). His colleagues found him trapped between a roof beam and the controls of the MEWP. There was a delay in Mr Stevens being lowered to ground. Mr Stevens died of a pre-existing heart condition.

An investigation by the HSE found that Pyeroy had not properly planned the work on a MEWP in restricted overhead areas. It was also found that other Pyeroy employees had not received suitable training in the emergency lowering procedure of the elevated platforms and no practice drills had been carried out.

Pyeroy pleaded guilty to breaching the Work at Height Regulations. The company was fined £130,000 and ordered to pay costs of £14,388.36.

Speaking after the hearing HSE inspector Helena Allum said: “If Pyeroy had trained other employees to use the mobile elevated work platform in emergency situations, Mr Stevens would have been lowered to the ground more swiftly.”

RinnaiŌĆÖs N Series range of hot water heating units and systems are fully certified to UKCA standard. The company is one of the first in the industry to gain this official recognition. Click Image To Read More