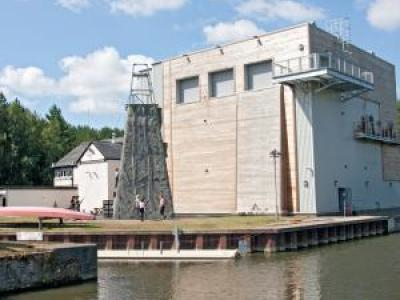 Essex County Council has been fined after a novice climber plunged 7.5.m from an indoor rock face at a climbing centre in Harlow.

The 15 year-old girl, from Ware was taking part in her fifth climbing club session at the Harlow Centre for Outdoor Learning on 8 March, 2014 when the incident took place. She was climbing on the indoor climbing wall while being belayed by an eight year-old, who had only attended three previous climbing club sessions.

On the day of the incident the eight year-old was using a certain belay device, for the first time. The climber lost her footing on the wall but her younger belayer was unable to control her fall and plummeted 7.5m on to the floor below.

She suffered bruising to her internal organs, back and neck as well as deep muscle tissue damage. The girl continues to suffer constant pain from her injuries and currently has physiotherapy.

An investigation by the HSE found the instructor was not competent to run this type of progressive climbing club session as she did not have the required climbing training and site-specific assessment. Chelmsford Magistrates’ Court heard the instructor allowed the belaying to take place without use of an additional back-up belayer and without direct supervision from the instructor.

There had been no use of a ground anchor or sandbag to counter the significant weight difference between the climber and belayer or application of safety knots to prevent the climber from falling to the ground.

“These young, inexperienced climbers receiving climbing instruction during their weekend climbing club sessions, were a very vulnerable group, completely reliant for their safety on the competence of their climbing instructor and the adequacy of the centre’s safety management system,” explained, Glyn Davies, Inspector, HSE, speaking outside the court after the verdict. “Climbing activity sessions should be an enjoyable and challenging experience for young people but activity providers must ensure their sessions remain safe as far as is reasonably practicable.”

Picture: Harlow Centre for Outdoor Learning where a young girl had a serious fall due to an instructor who was found not to be competent.

An aircraft maintenance company has been sentenced for safety failures after three workers were injured in separate falls at its airfield in Lasham – two in the...