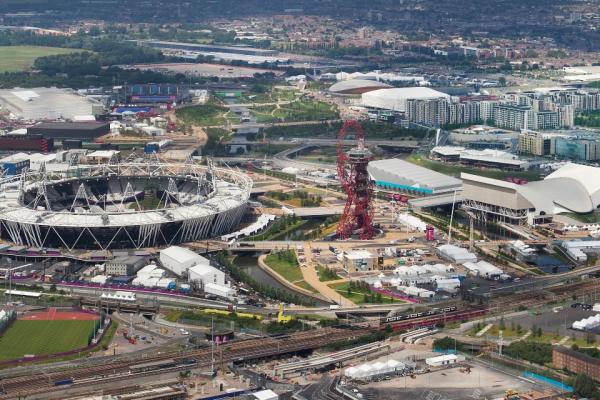 The former Olympic Stadium at Queen Elizabeth Olympic Park saw tragedy at the weekend as a man fell to his death. The HSE has now stated this is not a workplace incident. The police stated early on that they were treating the case as -non-suspicious.

The man was a worker at the site. The statements from the HSE and police force raise a question which ThisWeekinFM has posed to the lead contractor on the Olympic Stadium conversion -  if this is not a workplace incident and is being treated by the police as non-suspicious, will there be an enquiry as to how the man involved gained access to the roof early on a Sunday morning?

The  most recent statement from a Balfour Beatty spokesperson said: The HSE has confirmed this is not a workplace incident. There was a fatality at the former Olympic Stadium site on Sunday morning. We worked fully with the police whilst they carried out their enquiries which concluded on Sunday. They are treating the death as non-suspicious.

Work has now resumed. The stadium is being worked on extensively to host the Rugby World Cup later this year and for the subsequent hand-over to West Ham United Football Club who will become the stadium's tenants  in 2016.

The death of a 44-year-old sub-contractor who fell from the Olympic Stadium has been deemed non-suspicious following a police investigation.

Officers were called to the stadium at 7:30am on Sunday morning (June 29) but the man was unresponsive when officers arrived at the scene. The London Ambulance Service also attended and the man was pronounced dead shortly before 8:00am.

Metropolitan Police Officers from Newham (the London Borough which plays home to the Olympic Stadium) spent Sunday trying to contact next of kin and to arrange a formal identification although they were sure of the man's identity.

The stadium is being worked on extensively to host the Rugby World Cup later this year and for the subsequent hand-over to West Ham United Football Club who will become the stadium's tenants  in 2016.

Balfour Beatty, the firm behind the building work has suspended operations and the HSE will start its investigation.

David Goldstone, the Chief Executive of the London Legacy Development Corporation said: "We are devastated to hear of the death at the stadium. Our thoughts are with family, friends and colleagues at this time. We will be conducting our own thorough examination of events."

Picture: The former Olympic Stadium at Queen Elizabeth Olympic Park saw tragedy at the weekend as a man fell to his death.