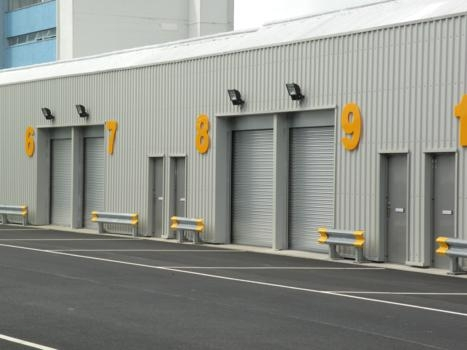 Reading Magistrates’ Court has found guilty Barski Developments Ltd for failing to plan and manage work in Slough that led to a sub-contractor being seriously injured.

The company had been contracted to refurbish a number of industrial units at Slough Business Park in the autumn of 2013. The work included cleaning and repair work to the multi-pitched asbestos cement roofs over the units. It was undertaken by sub-contractors under the direct control of director of the company.

A large part of the roof comprised vertical polycarbonate skylights along the internal gutters of the roof.

During the work, 55-year-old sub-contractor, Stanislaw Jakubus, fell 3m through the fragile material to a concrete floor below. He suffered multiple injuries including cracked ribs and was unable to work for two months.

“Mr Jakubus’ painful injuries could easily have been avoided had the roof refurbishment been better planned and managed,” explained Dominic Goacher, HSE Inspector, speaking after the hearing. “As principal contractor, the onus was on Barski Developments to ensure that happened but it failed to identify and address the risks associated with the fragile sky lights.”

Mr Goacher went on to state that falls through ‘fragile’ roofs account for almost 25% of all work at height deaths, making it essential that any such work fully considered this and that correct equipment and working methods were used at all times. “On this occasion the simple installation of guardrails against the sky lights and a proper assessment of all the roof materials would have prevented the incident,” he concluded.

Picture: Barski Developments of Fulham, West London, was found guilty at Reading Magistrates’ Court for failing to plan and manage work at industrial units at Slough Business Park in the autumn of 2013 that led to a sub-contractor being seriously injured