Falling Down - Southern Drivers Off Strike - Guards On 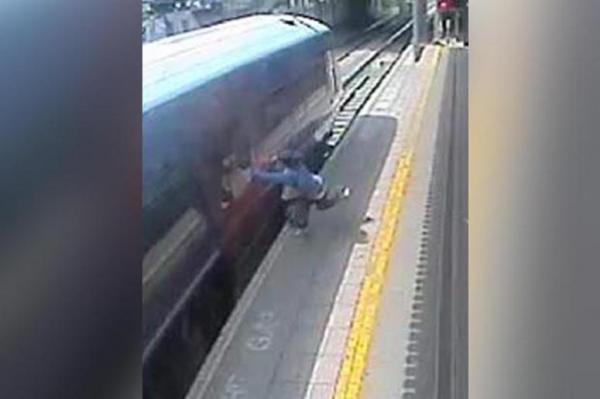 The RMT has asked to be included but in the meantime, the scheduled action in the Southern guards dispute remains on.

Strike dates were set at Tuesday January 24; Wednesday 25 and Friday 27.

Mick Whelan, general secretary of ASLEF, the train drivers’ union, said: ‘I am proposing a new process to try and find a resolution to our industrial dispute with Southern Rail. We propose that ASLEF and Southern engage in intensive talks under the auspices of the TUC and as soon as possible."

ASLEF has obtained and is circulation a CCTV image – produced in court last week – which shows a woman whose hand was trapped in a door on a First Great Western service at Hayes & Harlington station on 25 July 2016. She was dragged 60 feet along the station as the train set off, until she finally managed to pull herself free and fell on the platform, suffering severe bruising.

ASLEF's Whelan said: "Southern says the traction interlocking system, which is supposed to prevent a train leaving the station if something is trapped in the carriage doors, always works. This picture shows it isn’t."

Picture: The court heard ‘the incident occurred when a passenger was running to get on the train and got her hand stuck in the door as she was trying to get in. The victim was stuck in this door. As a result,she was pulled along, running with the train, whilst her hand was trapped. She subsequently managed to free her hand and fell over quite abruptly'