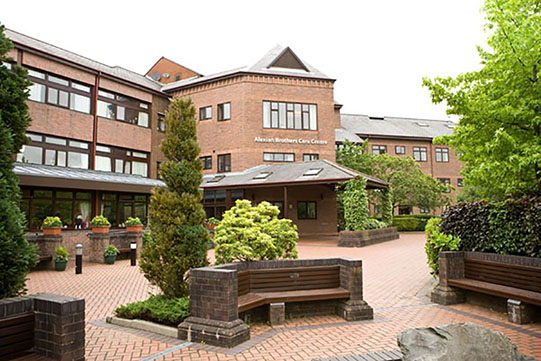 Two companies have been sentenced for safety failings following the death of an elderly resident at a care home in Manchester.

The resident, Irene Sharples, 92, was living at Alexian Brothers Care Centre on St Mary’s Road in Moston when a heavy fire door fell on her during renovation work. She died less than a month later as a result of her injuries.

The Healthcare Management Trust and construction company, Rothwell Robinson, were both prosecuted by the Health and Safety Executive (HSE) after an investigation found Mrs Sharples, who suffered from dementia, had been able to wander into a building site at the home.

Manchester Crown Court heard the Healthcare Management Trust, which runs the care home, had hired Rothwell Robinson to convert a ground floor bedroom and en-suite into two toilets and a storeroom. The latter began the work on 2 November 2010 and several tradesmen, including two joiners and a plumber, visited the site over the following days.

At around 7.30am on 7 November, staff at the care home heard a loud thud and a cry for help. When they went to investigate, they found Mrs Sharples on the floor inside the former ground floor bedroom with a fire door on top of her. It took three people to lift the door off her and she suffered a broken hip. Mrs Sharples spent eight days in hospital but her condition deteriorated when she returned to the care home and she died on 2 December 2010.

The HSE investigation found the healthcare firm and building company had both failed to make sure the room was locked at the end of each day and also when it was left unoccupied. The fire door had been removed from the en-suite during the building work and leant against the wardrobes. The care home staff, including loose skirting boards, exposed wiring, broken glass and rusty nails, also spotted several other hazards.

The court was told Mrs Sharples knew the resident who previously lived in the room and would occasionally walk into that room as she wandered around the care home.

Speaking after the hearing, HSE Inspector Laura Moran, commented: “Both firms clearly knew there were vulnerable residents living at the care home but they still allowed the door to what was essentially a building site to be left unlocked on numerous occasions.”

Following the incident, the companies introduced a new procedure which meant workers had to collect and return a key at the start and end of each day, and lock the door when there was no one inside. “If this system had been in place, from the start of the building project, then Mrs Sharples would never have been able to get into the room,” stated Inspector Laura Moran.

Pictured: Alexian Brothers Care Centre, Manchester, where a fire door and safety shortcomings led to the death of a resident.