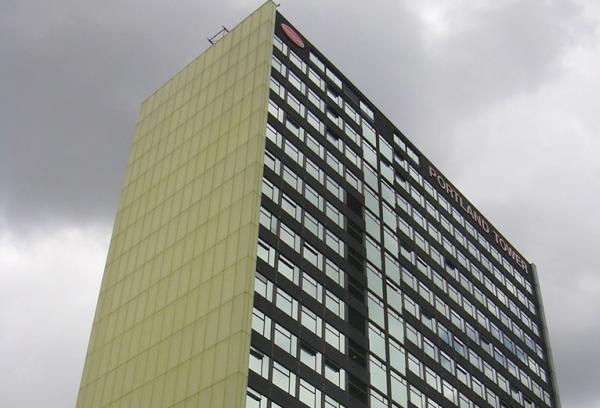 Construction company Kier Construction Limited has been fined £400,000 after a worker fell from height.

Westminster Magistrates’ Court heard how Jair Morales was installing plywood boards covering holes on the third floor of a building at a construction site in Uxbridge, Middlesex when he fell a distance of 3.95m to the floor below.

The court heard no steps had been taken to prevent him falling through the opening as he installed the plywood boards. Mr Morales suffered fractures in his pelvis and his arm following the fall and has been unable to work since the accident.

An HSE investigation found that Kier failed to ensure the work was properly planned and carried out in a safe manner. The firm pleaded guilty and has been fined £400,000 and ordered to pay costs of £1,534.

Speaking after the case HSE inspector Owen Rowley said: “This incident could have been a lot worse. The system that Kier Construction Ltd has in place to control the risk from installing the protection for openings was not implemented on site, ultimately resulting in the accident.”

A Manchester building contractor and a company owner have appeared in court after a worker was seriously injured on a refurbishment site.

The 53-year-old father of two from Salford was employed as a labourer at the site of a refurbishment project at Manchester One, Portland Street Manchester when the incident occurred on 29 August 2014.

On March 9, Workspace Design and Build Ltd, the principal contractor for the project and Paul Harrison former director of Access Flooring Specialist Ltd were prosecuted for serious safety failings.

Manchester Magistrates’ Court heard how two operatives working for Access Flooring Specialist Ltd had started the demolition of a freestanding concrete block wall on the site using a demolition hammer. One of the men had started to cut into the wall just above the half way point, when the second man took over and continued from the top using step ladders for access. As he did so, the top half of the wall collapsed knocking him from the ladder and landing on top of him.

The injured man suffered fractures to his neck and back and spent three months in hospital following the incident. He has been unable to return to work since.

The HSE investigation found there was no suitable risk assessment in place for the work that was being carried out and the workers had not been provided with suitable work instructions for carrying out this task safely.

In addition to this, no checks had been made regarding the injured worker's training or experience, he was not provided with a site induction or adequate PPE for the task and the work on site was not being supervised.

Speaking after the hearing HSE Inspector Laura Moran said: “The risks associated with the demolition of the internal walls at Manchester One were not properly considered and as a result, there was no safe system of work in place for the operatives to follow. Together with a lack of adequate supervision, these failings resulted in one man suffering serious and life changing injuries, which could have been prevented had the work been properly planned and managed.”