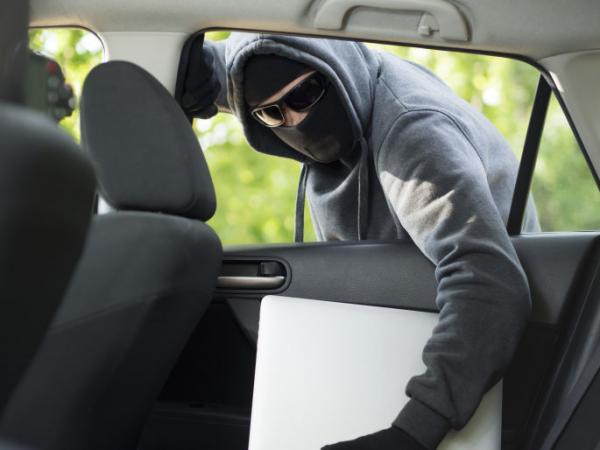 Many people (clearly not all given the results of this study) are often very protective of their laptops, tablets and smartphones. Yet, according to a new study by Kensington, a quarter of thefts take place in cars or other transportation, 15% in airports and hotels, and 12% in restaurants.

What is perhaps surprising however, is that the IT Security and Laptop Theft Survey also revealed that the second most common location for thefts is our own offices, with 23% occurring there. These findings are significant as people can be lulled into a false sense of security that IT equipment is safe on the premises when users are working in the office.

The study showed that IT professionals across industries are not taking the necessary steps to ensure the security of their enterprise environment. According to the survey, more than a third (34%) of IT personnel do not have a physical security policy in place to protect their companies’ laptops, mobile devices, and other electronic assets. More than half (54%) of survey participants do not currently utilise physical locks for IT equipment.

When we think of data breaches, the number two concern for business continuity professionals according to the Business Continuity Institute’s latest Horizon Scan Report, we often think of hackers getting into our networks from a remote location and stealing data, yet data can be stolen using far less sophisticated methods than that. Of course it is not just an information security issue for business continuity professionals, as they will also need to consider how employees can continue working when their equivalent is unavailable.

“With research showing that a surprisingly high percentage of IT theft occurs in-house, IT directors and purchasers need to implement a formal physical security policy and take steps to secure their devices and the sensitive data they contain,” said Rob Humphrey, Director of Global Product Management, Security, Kensington. “Since studies confirm that well implemented security can significantly decrease laptop theft by as much as 85%, it’s important for IT personnel to consistently utilise physical locks for computing and mobile equipment to provide resistance to tampering and theft.”

Picture: Has anyone seen my laptop?

It has been reported that the security services believe that ISIS may have and found a way to hide explosives within electrical devices such as laptops and laptops so...