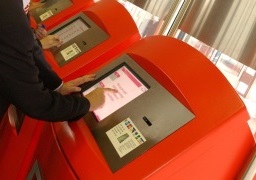 Changes to the way ticket prices are calculated are set to be trialled by train companies with a view to guaranteeing customers get the best possible deal every time they travel.

The trials, it is claimed, could lead to the most radical overhaul of the fares system for more than 30 years  and will also see an action plan for more user-friendly ticket machines.

Passengers on trains between London and Sheffield or Scotland will be among the first to benefit from an overhaul of rail fare regulations as part of the tests agreed between train companies and the government to start in May.

The bid to simplify the complex rail fares system will mean:

A route will be overhauled to reflect what is actually on offer, ending the existing situation where changes to train services in many cases only allow fares to be added to the system rather than older, less relevant routes which customers do not use being removed from the fares system to make it clearer;

A best value end-to-end ‘through fare’ will be offered for test journeys where customers change trains, by offering one price combining the cheapest fare for each leg of the journey. Current rules require operators to set and maintain a through price even where there are cheaper deals;

Easier journey planning by showing customers the best price in each direction on selected routes, allowing customers to mix and match the best fare – in a similar fashion to airline bookings. This requires changes to regulated return fares dating back to the 1980s that can’t be sold easily online, giving customers much more clarity and simplicity.

Getting rid of the ghost in the machines

A ten-point plan and design guidelines for ticket machines include getting rid of jargon, informing customers when a machine will start to sell cheaper off-peak tickets and making clear what types of tickets machines do and do not sell. All the improvements to ticket machines will be in place by the end of this year, several by the summer.

Jacqueline Starr, the Rail Delivery Group MD of Customer Experience, said: “We know customers can find it hard to get the right ticket for their journey due to complex rules and regulations built up by governments over decades. There are more than 16 million different train fares, many of which nobody buys. This also makes it more difficult to give passengers the right, simple options on ticket machines.

“Working with government, we’re determined to overhaul the system to cut out red-tape, jargon and complication to make it easier for customers to buy fares they can trust, including from ticket machines.”

Picture: It's time to get train fares in focus

Four in five passengers (81 per cent) are satisfied with their train journeys overall, according to the latest independent nationwide survey commissioned by the Rail...