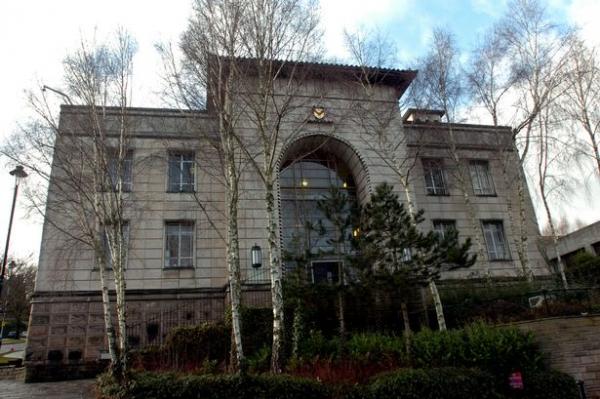 A company providing environmental services has been prosecuted after a worker was killed during asbestos removal work at a Welsh High school.

Newport Magistrates Court heard how the 26-year-old father from Gwent had accessed a ceiling void at Cwmcarn High School on 19 July 2013 to create an enclosure to contain the asbestos during its removal. While he was cutting plastic sheeting he cut into a live electric cable and was electrocuted.

A Health and Safety Executive investigation found that Caswell Environmental Services Ltd had not taken adequate steps to ensure that the electrical supply at the school was isolated before the work was undertaken. The company was found guilty in their absence, to breaching Sections 2(1) and 3(1) of the Health and Safety at Work etc. Act, 1974. In sentencing the Judge considered the fact that the company was now in liquidation and delivered a total nominal fine of £10,000 with £1,000 in costs.

A Nottingham based company has been fined after a worker died from carbon monoxide poisoning while using an accommodation unit.

Southwark Crown Court heard that the father of three from Nottingham was carrying out pile testing for Non Destructive Testing Services Limited at a construction site in Brixton, London on 29 May 2012. The accommodation unit he was using was fitted to a vehicle and while he was inside it he was overcome by carbon monoxide fumes generated by a gas appliance inside the unit.

An HSE investigation found that the accommodation unit had been set-up with two gas appliances, with associated pipework and gas bottles which had been stored within it for a number of years. There was also inadequate ventilation in the unit.

The company had not planned out how the welfare unit would be equipped when deciding to fit it to the vehicle and failed to carry out suitable and sufficient inspections of the cabins over a long period of time.

Non Destructive Testing Services pleaded guilty to breaching the Health and Safety at Work Act and was fined £70,000 and ordered to pay costs of £45,944.

Speaking after the case HSE Inspector Darren Alldis said: “This case shows the importance of planning out properly the design of welfare accommodation. The consideration of risks associated with gas and carbon monoxide is essential.

“This unit should never have been set up in this way and posed a risk throughout the whole time it was being used.”