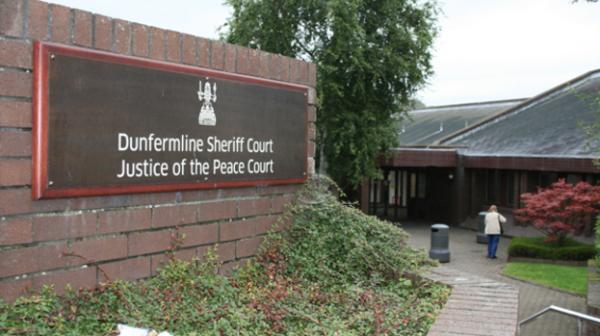 Fife Council has been fined for ‘serious safety failings’ after workers struck and ruptured an underground gas pipe.

Approximately 100 homes and businesses, as well as a primary school, were evacuated following the incident at the council’s Milesmark Depot in Carnock Road, Dunfermline, on 11 June 2010.

Dunfermline Sheriff Court (pictured) heard this week that although there were no casualties as a result of the incident, members of the public were put at risk of injury or death. The court was told that drainage works were being carried out at the depot by the council’s own employees. On the day of the incident the employees, who were not supervised, decided to excavate a new trench, unaware a decision had been taken the day before not to dig in that particular area.

During the excavation, using a hand held power tool and mechanical digger, they exposed and disturbed whinstone dust, which is an indicator of the presence of gas or water pipes. In spite of this, they continued the excavation and the digger struck and ruptured a gas valve on a six-inch pressure main.

They immediately evacuated the area and reported the incident. The emergency services and Scottish Gas Networks were called to the scene and all properties in the area evacuated for five hours while the damage was repaired.

An investigation by the Health and Safety Executive revealed various failings by the council including:

Fife Council was fined £24,000 after pleading guilty to breaching Sections 2 and 3 of the Health and Safety at Work etc Act 1974.

Following the case, HSE Inspector Mac Young, said: “This incident was both entirely foreseeable and easily preventable. Fife Council’s failures all related to inadequate risk assessment, lack of safe systems of work and a breakdown principally of the supervision of those employees involved.”