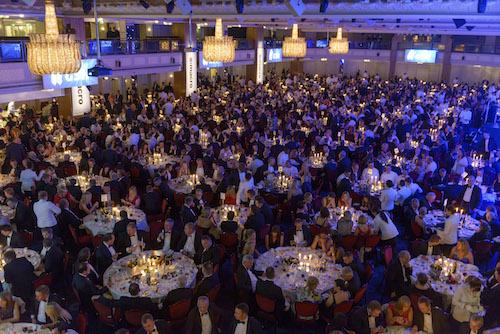 BIFM has announced the finalists in this year’s Awards that recognise the best-in-class FM entries across the range of the sector.

For 2015, all categories have been grouped within the three themes of People, Impact or Innovation across 11 categories.

Speaking on the announcement of the finalists, Chair of the Judges, Steve Gladwin said: “The BIFM Awards attract an outstanding calibre of entrants, all of whom I would like to extend my sincere thanks. I am amazed at the examples of exemplary FM that we have seen submitted and while each entry has something to celebrate, there can only be a select number of finalists for each category.”

The panels of independent and experienced FM professionals that come together to judge each category saw entrants from all types and size of organisation and assessed each against set criteria and upon their individual merits. “I personally and on behalf of the lead and support judges, congratulate all those who have been announced as finalists, this in itself is a great achievement and look forward to the Awards night to celebrate with you and the FM profession as we unveil the winners,” said Mr Gladwin.

All winners will be announced at the BIFM Awards ceremony which takes place on 12 October at the Grosvenor House Hotel on London’s Park Lane. Over 1,300 guests are expected to attend the ceremony.

Full details will be available on www.bifmawards.org. @BIFMAwards will also be carrying updates on the finalists and the ceremony.

Picture:    The BIFM has announced the finalists for this year’s awards held as usual at Grosvenor House in London’s Park Lane and the event in the calendar year for the FM sector.

The BIFM Awards 2016 (the sixteenth in the annual event) were given out at the Grosvenor House Hotel, London on 10 October 2016. 'Pointless Alexander...