Fined after Patient is Paralysed by Fall 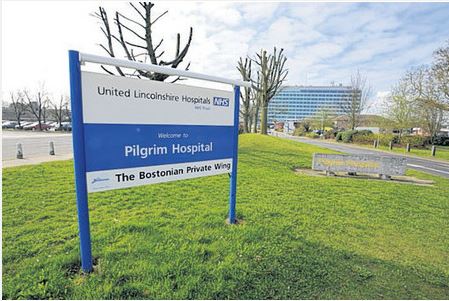 The 26-year-old man, who had a history of self-harm, had been detained under the Mental Health Act at Ward 12 of Boston Pilgrim Hospital, where Lincolnshire Partnership NHS Foundation Trust provides acute care for the mentally ill.

Boston Magistrates’ Court heard that on 7 March 2013, a week after being admitted, he was twice escorted outside to the ward’s quad to have a cigarette, but on both occasions was able to climb on to a wall and the smoking shelter to get on to the roof of the single-storey building. He was talked down and his smoking privileges removed until the following day.

The next day, he was escorted to the quad by a nurse and nursing assistant but as they reached the doors leading to it, the patient sprinted to the roof giving staff no time to intervene.

He finished his cigarette and then dived off the roof on to the concrete floor below. He suffered a broken neck and a bleed on the brain, leaving him permanently paralysed from the chest down. He now requires 24-hour nursing care.

A Health and Safety Executive (HSE) investigation revealed a number of serious management failings at the trust which led to the incident:

Lincolnshire Partnership NHS Foundation Trust, of Lions Way, Sleaford, admitted breaching Section 3(1) of the Health and Safety at Work etc Act 1974 and was fined £20,000 and ordered to pay costs of £6,864.

“While the immediate cause of the incident was a failure to prevent a patient with tendencies for self-harming gaining access to the roof, the underlying cause at the heart of this case is the systematic management failings of the trust,” explained Lyn Spooner, HSE inspector, speaking after the hearing. “What makes this worse is that he had been on the roof twice before, but had been talked down and there is a history going back many years of other patients gaining access to the roof.

Ms Spooner went on to state that the Trust had failed to recognise the significance of this and, as a result, ignored the “very obvious warning signs” that demonstrated the uncontrolled risk. “This case highlights the importance of any organisation ensuring they have robust management systems in place so that risks are properly identified and controlled and warning signs do not go unnoticed,” she concluded.

Picture: Boston Pilgrim Hospital, where a mentally ill man was able to jump from a roof, ending up paralysed for life