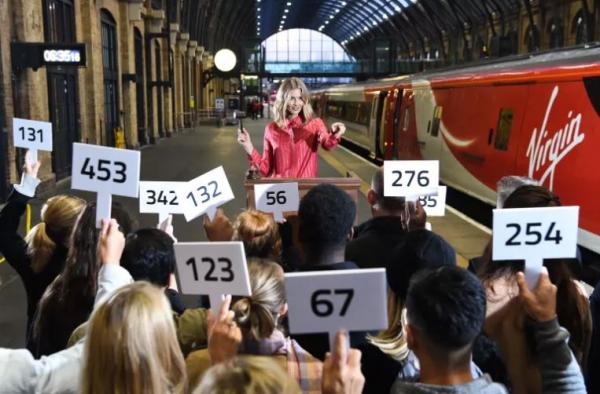 The rail operator’s customers can now bid on last minute upgrades for First Class tickets on east coast services from just £5. Virgin Trains’ customers will be able to upgrade right up to 30 minutes before departure from their smartphone - and there’s no hassle of extra paperwork, printing tickets or additional fees.

Virgin Trains is the first travel company to bring the technology to its customers, who will compete against each other in an open auction where upgrades to First Class can cost from as little as £5.

Picture: Donna Air the actress joined Virgin Trains to launch the Seatfrog technology for its east coast customers that helps them bid for First Class upgrades from as little as a fiver

The RMT union has confirmed a further three days of strike action on Arriva Rail North will go ahead on Saturday 8, Sunday 9 and Monday July 10. July 10 will also see...