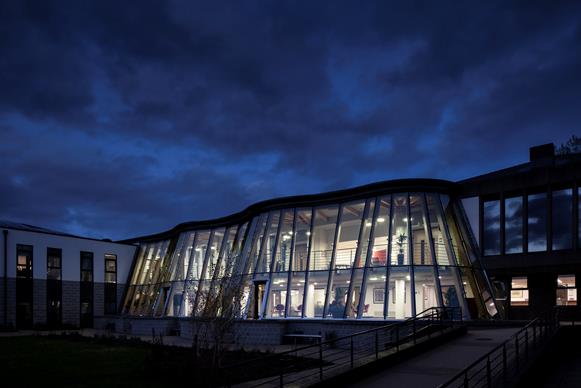 Durham University Business School’s new £16million building has used a vast amount of glass (Pilkington Planar) to create an inspiring space for students to learn. Unfortunately the architects, designers and occupiers have chosen to state the bleedin’ obvious and champion it as ‘fit for purpose’.

Approximately 500m2 of Sun 70/39 coating glass was specified which was double glazed, laminated and connected to a ‘Glulam’ beams structure. Glulam beams are layers of wood glued together to create the support structure for the glazing rather than steel work. This adds warmth and a contemporary feel to the building.

The project was installed by O.J Taffinder Ltd following GSSArchitecture’s commission to create the facility.

A stunning glazed atrium, glass bridges and curtain walling should bring together a grade II listed building with a brand new biomedical centre of excellence on the...