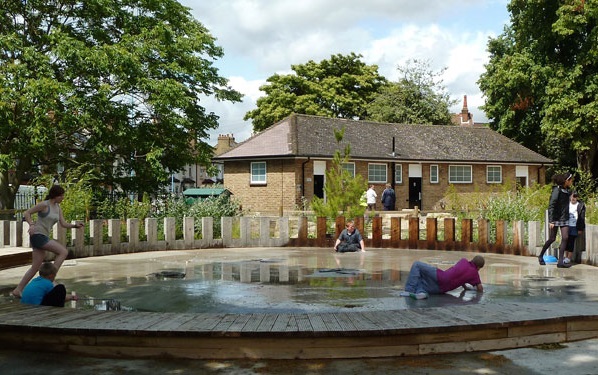 Inwood Park in Hounslow and Dukes Meadows in Chiswick were among 10 parks across the London Borough of Hounslow to be awarded the prestigious national Green Flag status during Love Parks Week.

Support services company, Carillion, manages both parks on behalf of Hounslow Council, maintaining many of their facilities, including play areas and sports facilities and maintaining the trees, grass and flowerbeds.

The Green Flag, which is awarded by environmental, Keep Britain Tidy, recognises and rewards the best parks and green spaces across the county.

Inwood Park was put forward as an example of partnership between a local authority, contractors and members of the local community. Situated in the centre of Hounslow, the park had previously the unenviable reputation of a ‘no go area’. Measures have been taken to transform the park, including a new water play feature at the site of the former paddling pool, and the main play area in the park has been upgraded with new play features for toddlers to teenagers and a table tennis table. The park is now safer than it has ever been before due to a vigilant friends group, a gardener on site and the local Community Safety Team.

“The parks sector is facing some tough challenges, so it is heartening to see businesses and the locally community coming together to maintain and improve standards,” explained Paul Todd, Scheme Manager, Green Flag Award. “We know how passionate people are about parks and green spaces and the recent Heritage Lottery Fund report, State of UK Public Parks, highlighted the need for everyone to work together to ensure they are maintained for future generations.”

Pictured: Inwood Park, in the London Borough of Hounslow, has won a prestigious Green Flag after work done, such as this new water play area