Flash Flood - Councils Aim to Save Every One of Us 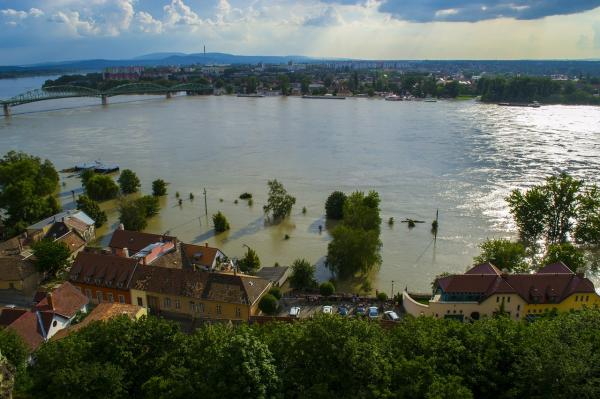 With heavy and thundery showers forecast again for the coming month, the Local Government Association (LGA), which represents more than 370 councils in England and Wales, is warning businesses at risk from flash flooding to be prepared. This means regularly checking forecasts; knowing how to turn off gas, electricity and water; and having a contingency plan for moving essential items quickly.

If flash flooding hits, people should never try and walk or drive, councils warn. It only takes 15cms of fast-flowing water to knock an adult over and 60cms to sweep away a 4x4 car or small lorry. Flash flooding can lead to an inch of rain falling in just 15 minutes.

The LGA has also called for developers to introduce a raft of new measures to ensure new homes and businesses are better protected against floods. It wants the Government to bring in mandatory anti-flood requirements for new homes in building regulations. These include raised electrical sockets, fuse boxes, controls and wiring above floor level; ventilation brick covers; sealed floors; and raised damp-proof courses.

The LGA also says new flood defence funding should also be devolved by the Government to local areas, with councils working with communities and businesses to ensure money is directed towards projects that best reflect local needs.

Cllr Peter Box, LGA Environment spokesman, said: "Flash floods can bring devastation within a matter of minutes, causing enormous disruption. Councils up and down the country have been doing everything they can to prepare for heavy rainfalls this week by launching awareness campaigns to highlight the dangers.

"They are also working closely with emergency services, such as the police and firefighters, to minimise disruption to residents and businesses and help protect communities."

A clean-up operation is under way after flash floods caused widespread disruption across parts of Greater Manchester and Cheshire. Some people were forced to leave their homes during the deluge in Poynton, while a landslide affected the train line between Stockport and Disley. Firefighters used rescue boats to help move people to a temporary emergency centre.

North Yorkshire County Council and the Environment Agency are urging households and communities across the county to be aware of the dangers of flash flooding.

Don't be caught out by Flash Flooding this summer - be prepared! Around 130 properties in Bacup, Crawshawbooth, Rawtenstall and Rossendale were severely affected by flash flooding after almost 80mm of rain fell in a 12-hour period.

A powerful thunderstorm caused flash flooding in Caterham and Whyteleafe and the surrounding area, including flooding of properties and businesses. In response to the incident Tandridge District Council, Surrey County Council and Surrey Police worked together to deal with the problems caused by the rainwater.

A public awareness session is being held at Coalbrookdale and Ironbridge Primary School. The drop in session is a follow up to the issuing of information packs to local residents.

Sutton Council worked with the Environment Agency, Thames Water and the emergency services to clear the centre of Wallington following a flash flood there. An intense thunderstorm saw almost one month's rain (3.5cm or 1.4 inches) fall across the borough in an hour. An average of 4.9cm (1.9 inches) of rain normally falls during the whole of June.

Cars were piling through two feet of water in Stoneham Lane, Eastleigh, after Monk's Brook burst its banks.

The picturesque Cornish village was ravaged by a wall of water in 2004, which left some of it in ruins. The torrents even carried some cars down into the harbour. The cause was massive localised flooding, with an inch falling in just 15 minutes at one point – almost half an entire month's rainfall. It was estimated that 440 million gallons of water travelled through Boscastle that day.

An online tool designed by Dorset County Council has been used to help people affected by the recent flooding in the north of England. The county council's geographical information systems (GIS) and flood risk management teams worked with the Environment Agency to develop the web-based app called SWIM to help recovery efforts in the aftermath of serious flooding.