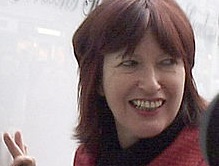 The facts are quite stark – floods have cost UK insurers £4 billion in the last 10 years, a figure that will almost certainly will increase.

While the climate change debate continues, business and the construction industry have been working with the government to mitigate against future incidences. The questions remain, how can industry prepare the UK for the next big flood and what role do central government and local authorities have to play?

Organised by Ecobuild and sponsored by Wavin, the call has gone out to come and debate these pressing issues with colleagues and a panel of industry experts at an exclusive complimentary evening on Wednesday, 28 October at UBM HQ, 19th floor, 240 Blackfriars, London SE1 8BF and entitled: The Next Big Flood: Why the UK won’t be ready.

If you wanted further encouragement, it is hosted by Janet Street Porter, the well-known presenter of ITV’s Loose Women and how to strangulate the English Language. There will also be four speakers:

Sue Illman, Past President of the Landscape Institute and CIC champion for flood mitigation and resilience.

All well and good but while we should be worried about the great floods that might come, there could be another cause for excessive liquid and that is the evening’s programme:

This may be a blessing for those who wish to flood their livers but can it really be right that such a serious subject should have more time to supping than dealing with the reason why experts have been invited in the first place?

Picture:   Are there too many Cheers to Janet Street Porter at the Flooding event at the end of the month?