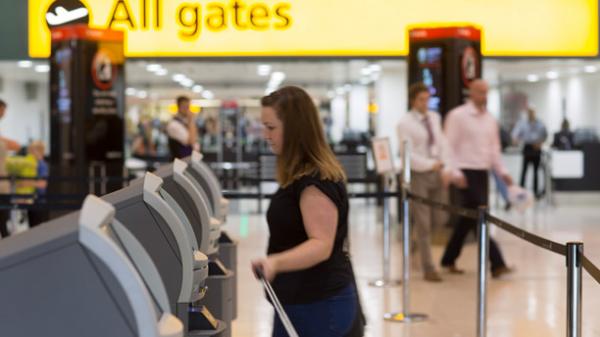 Carillion has been awarded support services contracts by Heathrow Airport Limited and by Barts Health NHS Trust, which together are worth approximately £80 million.

Following the completion of the Scheme of Arrangement in October, PHS Group Investments Limited (PHS), the holding company of the workplace services provider, has appointed a new Board.

Justin Tydeman has been appointed the new Chief Executive of PHS. Previously, Justin was CEO of Selecta Group, Europe’s largest food and drink vending business with 5,000 employees in 24 countries.

Simon Woods will remain as Chief Financial Officer of the group. Prior to his appointment at PHS, Simon was Interim Finance Director for British Gas Business (part of Centrica plc). Before that he was Finance Director of Biffa's waste collection business and Reliance Security Services.

Gareth Rhys Williams, the existing CEO, will be leaving the business, following an extended handover period, stepping down on 31 December. Williams was instrumental in stabilising the business, refocusing it on customer service, and oversaw the operational restructuring of the business, culminating in the Scheme of Arrangement which has introduced a capital structure enabling the business to grow.

The new Board will be chaired by Christopher Kemball who is an experienced chairman of public and private companies. The other non-executive directors are Graham Oldroyd and Peter Williamson.  Oldroyd was previously a partner at a private equity firm; Williamson has substantial experience in international business development. Catering for the Best Talent

A new food and hospitality training academy has been opened to encourage high standards. The ISS Academy of Excellence has been launched as a partnership with Leeds City College and ISS Food and Hospitality, the catering business of FM company, ISS Facilities Services.

The Academy of Excellence has been designed to provide a bespoke training programme for students who are passionate about working in the catering and hospitality industry.

The two partner organisations have come together to establish the Academy to offer an ‘exciting’ programme of training and enrichment, while helping to develop routes into food and hospitality via integrated FM and a diverse mix of blue chip companies.

With its state of the art facility, Leeds City College focuses on many key areas including hospitality service, cookery, bakery, patisserie, meat technology, kitchen management and catering excellence. ISS Facility Service is an international provider of facilities services for private and public sector companies, employing around 47,200 employees in the UK and Ireland.

The Academy is based at the college’s new Printworks Campus in Leeds, and has had 300 students applying to be part of the course which has spaces for 16 exceptional participants. These 16 students were offered places in this new first year cohort after a rigorous two-day interview process.

At the Academy, students study a catering and hospitality Vocationally Related Qualification (VRQ) diploma, which also offers extended work placement opportunities for up to six weeks. Some placements are with ISS client clients and will help to provide progression routes and future employment opportunities within ISS and other hospitality and industry sector outlets. In addition, students also undertake regular enrichment activities, which include Farm to Fork and Vine to Glass experiences, chef demonstrations, guest speakers and industry visits.

“We are proud to announce the launch of our partnership with Leeds City College,” said Stephanie Hamilton, MD, ISS Food & Hospitality. “Working alongside the college, we will help students to develop and love every aspect of their craft.