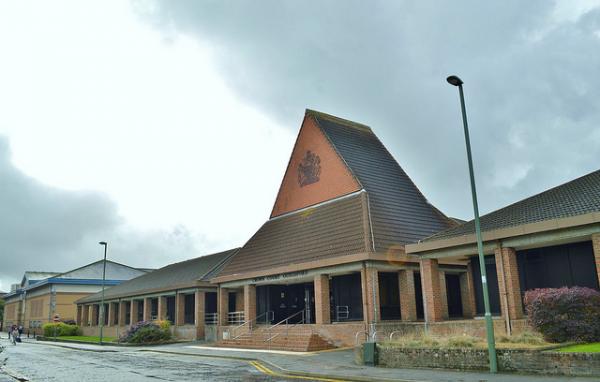 Surrey Police have contacted ThisWeekinFM and asked us to correct inaccuracies - which they accept full responsibility for as they relate, in the main, to the calculation of the fraud amount.

The total value of the fraud across all counts was £327,819 and not over £450,000 as claimed by Surrey Police having mistakenly double counted amounts. The Force wrote: 'Where multiple individuals are found guilty of the same count it is not appropriate to account for the value of that count multiple times. Since Jason and Adam Huggett were found jointly guilty on three counts of fraud, it is NOT appropriate to combine the values of their frauds.

It was also stated that Adam Huggett authorised salary payments to a supposed temporary worker in the region of £220,000 - this has been revised down to £126,621.

Finally, fencing work which was overpaid for was described by Surrey Police as 'poor' but they accept this as being inaccurate.

The Police Force have been obliged to apologise to the facilities manager and his contract awarding brother who are in prison; the FM's wife, a sister and a brother in law have suspended jail terms - 'for any distress caused'.

A facilities manager is facing four years in prison after he fraudulently filed fabricated invoices in favour of his own family’s firms. The fraud is valued at about £450,000.

Jason Huggett was employed as a facilities manager by Belron International at their Egham headquarters. As part of his role he would negotiate contracts, arrange for work to be carried out across the site and authorise payments for work.

Guildford Crown Court heard how an internal audit at Belron found discrepancies with many of the contracts Huggett had awarded. Between 2011 and 2013 he settled invoices for non-existent work to companies owned by his wife and mother, paid over the odds for poor fencing work by his brother in law’s ceiling company and falsified expense claims, equipment sales and receipts. He also manipulated a legitimate business relationship to obtain personal vehicles from a supplier.

In total Huggett is estimated to have defrauded Belron and other companies of over £450,000. Surrey Police will now pursue Huggett and his family for the money that they have fraudulently obtained through the Proceeds of Crime Act.

Running in the family

During the investigation it emerged that the brother of Jason Huggett, Adam Huggett (39, from Corfe Mullen in Dorset), who worked as a senior project manager for the Metropolitan Police, was committing fraud against his employer. After consultation with Surrey police it was agreed that the MOPAC’s Directorate of Audit Risk and Assurance (Counter Fraud Team) would take responsibility for the investigation of offences committed against the Metropolitan Police. It was established that Adam Huggett had been splitting larger contracts to bring them below the threshold that he was able to award.

Adam Huggett also authorised salary payments to a supposed temporary worker who was employed outside of the agreed system. Following a proactive investigation by MOPAC counter fraud team It is estimated that he fraudulently obtained in the region of £220,000 much of which was paid into accounts controlled by family members. He was imprisoned for two years. The trial judge commended  all staff involved in the investigations .

Detective Inspector Matt Durkin, head of the Financial Investigation Unit at Surrey Police said: “This was a very complex case, which took a substantial amount of time and effort to unravel.”

Darren Parker (Jason Hugget’s brother in law), was found guilty of one count of fraud relating to Belron. He was sentenced to 18 months imprisonment suspended for two years.

Justine Parker (Jason and Adam's sister) was found guilty of one count of fraud relating to Belron. She was sentenced to 6 months imprisonment suspended for 12 months.