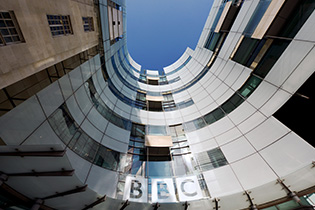 BBC - Here is the News

The Beeb will continue receiving its FM from Interserve in a £140 million contract running until 2023. This latest four-year extension to the account, which was first awarded in 2014, will see Interserve provide services across the broadcaster’s UK estate. In total the contract covers 150 sites, 26 separate service lines and 560,000sq.m floorspace, including the corporation’s major offices and production facilities at MediaCityUK in Salford, Broadcasting House in Portland Place, London and Pacific Quay in Glasgow.

The services provided range from critical broadcast engineering, energy and utilities management through to cleaning, portering and security. They are tailored to specific building requirements, including the need for 24-hour operations at several locations.

In addition to this contract, Interserve currently delivers security guarding and building contractor services for the broadcaster under separate frameworks.

Dong - Here is the News

Robertson Facilities Management has won a one-year contract with global offshore windfram operator, Dong Energy. The deal will see Robertson deliver a combination of hard and soft FM services to Dong's new operations base in King's Wharf, Birkenhead. The operations base, which was constructed earlier this year by Robertson North West, serves both Burbo Bank and Burbo Bank Extension offshore windfarms which combined have enough capacity to power over 310,000 homes each year.

Interserve has won a four-year contract to provide integrated facilities management services to law firm, Irwin Mitchell. This will see a 200-strong team manage facilities at the company’s 15 UK offices, including sites in London, Manchester, Birmingham and Sheffield.

Govia Thameslink Railway gave Churchill a £3.5 million station which started in July. It involved a TUPE transfer of 150 operatives including the management team - all completed in just four weeks.  Churchill has spent about  £200,00 in new equipment including the Craftex Purex cleaning system, Foamtex and bespoke fitted out deep cleaning vans.  These vans are able to hold 100 litre water containers and provide the flexibility required by the clients to respond to immediate cleaning demands.

32% rise in turnover for Polyteck Group

The Polyteck Group has reported a 32% rise in revenue to £23.8m for the 12 months to 31 December 2016 – the highest since its inception in 2005. This growth, attributed to a significant increase in investment in people and processes across its business, also resulted in an 8.8% increase in operating profit.

In the last year, the company has invested heavily in training, fleet, machinery and advanced management and field based software as part of a drive to deliver sustainable growth.

Serco Dives In to Save Carillion

The Serco Group has agreed to acquire a portfolio of UK Health Facilities Management contracts from struggling construction and FM firm Carillion - for around £50 million but with adjustments that will bring that figure down.

A statement on the Serco website says: 'Once a definitive Business Purchase Agreement has been agreed and Carillion has received the requisite third party consents and shareholders’ approval if required, the contracts will be acquired on a cash-free, debt-free basis, with the consideration to be satisfied using Serco’s existing debt facilities'.

The contracts provide support services to over 50 NHS sites across the UK, including five acute hospital trusts. The portfolio of contracts is profitable and has current annual revenue of approximately £90 million and a weighted average remaining term of 14 years.

Reading between the lines, Carillion has had its hand forced to sell what are still profitable contracts in order to raise a contribution to the £190 million CEO Keith Cochrane has told shareholders and the markets is required to stabilise the company. Curiously, he has already secured a further £140 million loan facility from the company's five bankers.

Assuming that all the contracts are transferred to Serco, the total consideration payable would be £50.1m (subject to a limited working capital adjustment), with payment largely phased as the contracts transfer.

Full transition and integration of operations is expected to be achieved by the end of 2018.

In addition, Carillion has agreed new bonding facilities, together with the deferral of certain pension contributions until 2019.

Ultimately, the re-financing alone gives the company the £190 million 'headroom' it required. But the £50 million income from Serco will help pay this down.

Carillion intends to dispose of the remaining contracts in its UK healthcare facilities management portfolio during 2018.

The company is also continuing to try to flog its Canadian businesses, along with other 'non-core disposals'. It hopes to bring in £300 million by the end of 2018. (Cochrane has said that the company might be better off retaining parts of the Canadian operation and possibly some of 'non-cores'.)

Fallowfield – £71m contract for the University of Manchester to design and build Phase 1 of its student residences project.

Notably, all the big wins for Carillion are within its core construction skill-set.

Picture: Main - The Beeb will continue receiving its FM from Interserve in a £140 million contract running until 2023. Below - The FM contract at Bristol South Mead Hospital looks to be heading from Carillion to Serco as Keith Cochrane, the embattled CEO of the company keeps pulling magic money bunnies from his hat 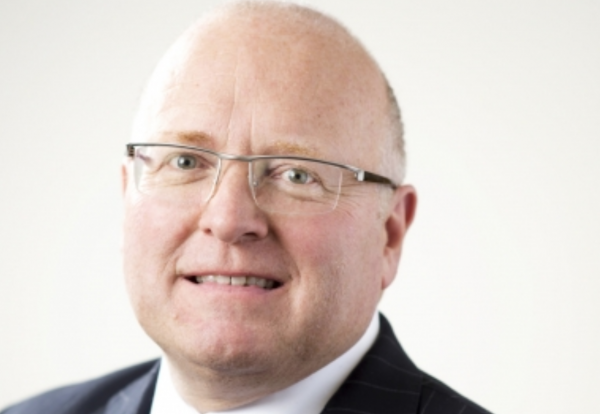