Food for Thought in Workplace Catering 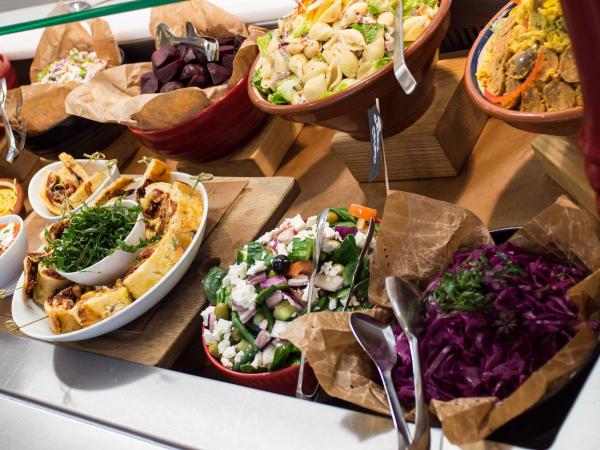 Food ‘pleasure seekers’, app usage and coffee appreciation are three areas set to change the face of workplace catering over the next five years say the findings of a report commissioned by BaxterStorey, the independent foodservice provider.

The report aims to identify ‘key trends’ emerging among consumers who eat at their workplaces and has been produced following research, carried out by M&C Allegra (on behalf of BaxterStorey). It found that growth in the foodservice sector – which has grown 3% since last year, taking the total to value £4.1 billion in the UK – is being fuelled by more consumers eating out more frequently.

According to the findings, the fastest growing sectors in the market are new style ‘fast food’ and street food concepts with turnover growth of 17.3% and 13.4% respectively in 2015. These demonstrate consumers’ changing demands when eating out of home and in the workplace.

This increased demand has led to the introduction of more choice from retailers and foodservice operators, encouraging consumers to try different and more innovative options. According to the report, these ‘food pleasure seekers’ make up 20% of the population.

It was also noted that new technologies being used within foodservice are being embraced by the younger consumer and despite the ageing demographic in the UK, it is this group that is ‘making waves’ with 18-24 year olds eating out on average 28.4 times per month compared to the national average of 15.1.

As such, the use of food-based apps has increased dramatically with 15% of all consumers having used an app in the past year. Approximately 65% of app users have used promotional apps, 52% booking apps, 29% ordering apps and 24% using payment apps.

A cup of java

The report also states that consumers’ appreciation of coffee will continue to increase and will be a key growth area in the workplace. The coffee shop/café sector is expected to grow by 8.5% by the end of 2015 with further growth expected over the next three years.

“Progressive businesses will not only understand the real engagement value which can be achieved through providing employees with tailored food and beverage solutions but also appreciate the commercial advantages achieved through considered and insightful foodservice outlets within their buildings,” explained Noel Mahony, Co-CEO, of BaxterStorey.

Picture: According to findings from BaxterStorey the fastest growing sectors in the market are new style ‘fast food’ and street food concepts

Serving-up Lashings of Profits and Jobs

WSH, the company behind six trading brands operating in the food and hospitality sectors, created over 1,250 new jobs in 2014 following continued growth and investment in...

Give Us This Day Allergen Advice on Demand

New food regulations came into force today - some of which impact on organisations serving food who will now have to provide 'advice' to customers on whether...

Veganuary - Is There Such A Thing?

BaxterStorey launched Healthy Me in 2016 to promote wellness in the workplace with a range of nutritious, yet simple recipes. This month has seen 20 new dishes created...