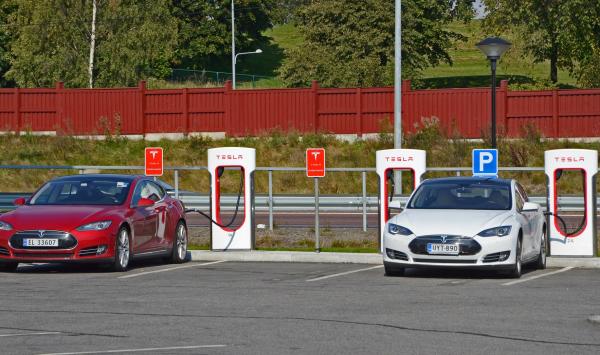 Electric vehicles (EV) are here and they are here to stay, writes National Grid blogger, Orlando Elmhirst, SO Energy Insights for the National Grid on behalf of ThisWeekinFM.  But how will the electricity supply and the grid cope with all the demand without letting business, industry and the domestic consumer down?

By 2050 I think there could be anything from 7 to 26 million on the road. But how it will this work in practice? Can the electricity network take such a demand?  What are the prospects for the development of more powerful batteries?  Could these batteries be harnessed for other purposes?  There are a host of questions to answered.

What is the practicality of home charging EVs and could it be more cost-effective to establish a series of charging stations that could function in much the same way as petrol stations do today - along with getting carparks and businesses to install charging stations.

If the government is to reach its 2050 decarbonisation target it is probable that by that date all cars will have to be electric.

But if all cars were electric and they were to have the range of today’s petrol and diesel cars (internal combustion engines, ICE) they will need to have large capacity batteries installed. Residential charging is the norm now but is it going to be a viable solution for the future? What about those without off-street parking? What about multiple EV households? Is putting charging stations on lampposts a viable idea?

What is today’s situation?

Today, a top of the range EV will travel about 300 miles on a single charge. For instance the 2018 Jaguar iPace will have a range of 310 miles. To cover this distance it requires a battery capacity of 90 kWh. This or similar, is likely to be a standard size battery in the future as prices drop and greater ranges are a must have.

If you assume you have an average size battery charger; it is a 3.5 kW device (equivalent to a fast boiling domestic kettle’s electricity usage). It would take about 19 hours to charge one of these batteries from being 25% full to 100% charged.

This time could be halved to 10 hours with a 7 kW charger. This size of charger is already available and will soon become more prevalent than the 3.5 kW versions.

However, these batteries can accept a 50 kW input and it would take about 80 minutes to charge if you could plug into that level of power. A home charger will not support this level of power requirement but commercial sites do.

The amount of power that can be drawn from the electricity network is limited. These limitations will obviously differ at various points across the grid, from household through distribution networks to the transmission system. The average household is supplied with single phase electricity and is fitted with a main fuse of 60 to 80 amps. Using a 3.5 kW battery charger requires 16 amps. If one were to use an above average power charger, say 11 kW, this would require 48 amps. When using such a charger it would mean that you could not use other high demand electrical items (such as kettles, oven, and immersion heaters) without tripping the house’s main fuse. Using an 11 kW charger would take 6 hours to fully charge a Tesla Model S, which also has a 90 kWh battery, from the 25% full state.

If your house had fitted the maximum 100 amp main fuse then a more powerful 22 kW charger could be used. It would take only 3 hours to charge the battery (or 5 hours if the battery was completely flat) but all the other electrical equipment in the house would have to be turned off as the charger requires 96 amps. In reality an 11 kW charger, with an above average main fuse, is likely to be a good compromise. So the house electricity capability is one pinch point unless the car is not used too much so the battery just needs topping up and one is happy to trickle feed it each and every night.

Smart chargers are becoming common place and they will be the norm in the near future. These will help with spreading the demand away from peak times. When large numbers of EVs need charging they will be one important part of the solution jigsaw.

Another pinch point would be the substation and the peripheral routes and branches within a local distribution network. Pilot projects, such as My Electric Avenue, were reporting potential issues at the distribution level. In one more extreme example they were identifying voltage issues when five 3.5 kW chargers were connected to a network cluster (with 134 dwellings) and were charging at the same time. The project concluded that across Britain 32% of low voltage circuits (312,000) will require reinforcing when 40% – 70% of customers have EV’s based on 3.5 kW chargers

These problems will only be exacerbated when 7 kW chargers are used.

What sort of fast chargers are available at the moment?

Currently there are a number of fast charging national suppliers such as Ecotricity, Charge Your Car, Polar Network, Tesla, etc. Their fastest chargers are, typically, 50 kW. Such chargers take about 30 minutes to charge an average EV on the road today. It would still take over an hour for one of our desired long distance EVs with a 90 kW battery to three-quarters charge.

Recent announcements by VW, Ford, Daimler and BMW have indicated that they plan to build at least 400 rapid EV chargers across Europe. These are likely to be 150 kW units and may be capable of supporting 350 kW chargers in the future.

In the first place most, if not all, cars will be pure electric vehicles. There will be no place for the ICE (internal combustion engine) and the motoring infra-structure will be geared towards the EV. This EV dominance will have been driven by a number of factors such as:

There are approximately 32 million cars on the road today. I anticipate half this number will be EVs by 2033 if everything above comes true and still by 2042 if a chunk of it does not.

By this time these EVs will match the range of current ICEs and it will be normal for them to travel 400 plus miles on a single charge. The current recharging times are not going to be acceptable in the future unless there are other activities that could be undertaken at the same time (shopping, café, etc.). These delays will be even longer if there is a queue on the forecourt.

Consequently the approach to be explored here is a system that can deliver these single charges within the order of minutes; similar to the experience of filling up at a petrol station forecourt of today.

A 350 kW charger would take less than 4 minutes to three-quarters charge an average EV of today, with a 22 kWh battery. It would take about 12 minutes to charge a longer distance EV battery.

There is one snag and that is current batteries cannot support this level of charging. However, in  this article it is assumed that well before EVs become the norm, technology will have resolved this issue.

Seven thousand charging stations should be sufficient to cater for the needs of motorists. In reality fewer may be required as some element of home charging may occur.

What has also been apparent in the recent past is the growing dominance of the supermarket forecourt and the amount of fuel they sell per site.

This consolidation of services may well have advantages in a future environment where filling uptimes may take longer than today’s.

By applying these numbers to charging points, nine pumps of 350 kW capabilities would require an infrastructure capable of handling 3.1 MW. This is enough power to supply 1,000 average households

In current forecourts, having 20 pumps is not unknown. Such EV charging stations would require a 7 MW infrastructure to support them. All these megawatt sites will be significant connections and would warrant a direct connection to the distribution network which would be above the domestic 240 volts.

How could we get these forecourts?

If we want long range vehicles that can be charged in minutes, home is not going to be the place to do it. And it certainly won’t be for nearly half of householders who do not have access to off street parking.

In summary In a world where almost all cars will be electric:

By Orlando Elmhirst, SO Energy Insights for the National Grid