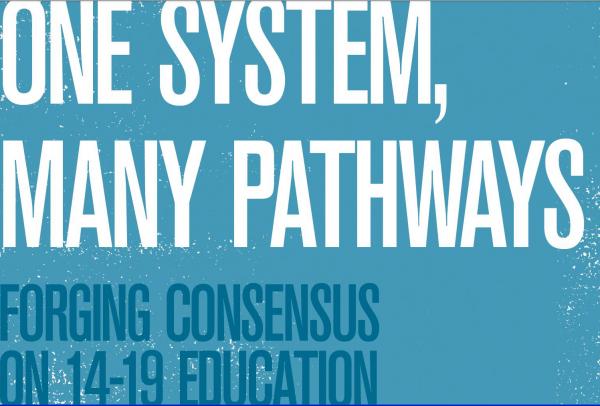 A new report has warned that government educational reforms since 2010 have failed to provide a coherent system of education and training with sufficient learning options for individuals not wanting to follow traditional academic pathways.

Published by the independent Skills Commission, it criticises the current education system for failing to put individual learners’ needs at the heart of policy making and provision. It condemns the ‘crisis’ in the lack of information, advice and guidance for younger learners, and calls on the Department for Education (DfE) to launch a full review of available support urgently.

The report is the result of a cross-party inquiry by the Skills Commission, an independent body of senior leaders from across parliament and the education sector, chaired by Dame Ruth Silver and Barry Sheerman MP. The six-month inquiry process was chaired by Sir Mike Tomlinson, former Chief Inspector of Schools, and Ian Ferguson, Chairman of Trustees at Metaswitch.

The report proposes a ‘values consensus’ framework to guide future education and skills policy decision making. It makes more than a dozen recommendations for policy and change in the UK education landscape, including calling on the DfE to examine ways to create and facilitate a new attitude of acceptance of learners repeating a year in order to ensure the learning experience is built around the individual’s particular learning requirements.

Getting a Mighty Helping Hand

Young people have been receiving assistance from Mitie to get into work at St George’s Hospital. The FM company has been working with St George's University...

Firms can sign up to create work placements for 16-24-year-olds this week, as part of the government’s recovery plan to stimulate the economy. Announced in July...