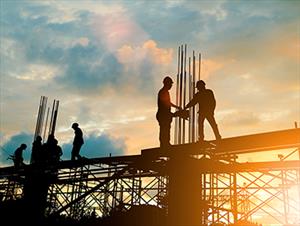 Interserve's latest plan to fend off creditors and ultimately a Carillion style collapse have been agreed in principle with all of the company's lenders, bonding providers and the Pension Trustee - but with analysts claiming shareholders will be left with next to nothing.

A rescue plan muted on 21 December 2018 has evolved. It now proposes cutting debt from £600 million to £275 million via a new share issue.

Debbie White, CEO of Interserve, said: "Agreeing the key commercial terms of the Deleveraging Plan (the cutting of debt) with our lenders, bonding providers and Pension Trustee is a significant step forward in our plans to strengthen the balance sheet. This proposal has been achieved following a long period of intensive negotiation and has the support of our financial stakeholders and Government.

"Its successful implementation is critical to the Interserve Group's future and all of its stakeholders. The Deleveraging Plan will, alongside our 'Fit for Growth' transformation programme, place us in a strong position to deliver our strategy, be competitive in the marketplace and provide a secure future for the Interserve Group's employees, customers and suppliers."

The Deleveraging Plan will see the issuing of around £480 million of new Interserve equity.

RMD Kwikform, the global formwork, falsework and ground shoring company (which is also the Group's most profitable arm), will remain part of the consolidated Interserve Group. £350 million of existing debt will be allocated to RMDK,

Interserve Group, excluding RMDK, will have a pro forma net cash position of c.£60 million. Existing lenders will provide an additional £75 million of new liquidity through the provision of a new debt facility with a maturity of 2022.

Interserve's Board expect to launch the finalised Deleveraging Plan in the next few weeks which will be subject to approval by Interserve's shareholders.

This latest plan to comes just under a year after Interserve completed another re-financing move. In May 2018 the company's shares hit 111.30GBp on 4 February 2019 they were at 11.49GBp. On the morning of February 6, they were up to 16GBp. In January 2015 shares were worth at their high, 705.50GBp. Shareholders have already lost virtually all their value. The dilution of shares as a result of the equity issue will mean anyone who has hung on to shares will have seen virtually all of their value wiped out.

Some of Interserve's problems have come from delayed completions of construction projects including waste-to-energy facilities. Interserve has faced fines and even been thrown off jobs because of the delays. The company also made its own investments in waste-to-energy projects (build, supply, maintain) which have failed and dragged finances down.

On January 29, Interserve and its project partner Babcock & Wilcox announced they have handed over the Dunbar renewable energy plant project to Viridor Enviroscot Ltd.

The Dunbar Energy Recovery Facility, a municipal waste-to-energy plant, in East Lothian, Scotland can process up to 38 tons of municipal waste per hour, delivering power to thousands of homes and businesses.

On January 10 was awarded a place on a new £1 billion three year medium-value national framework providing access to opportunities within two value bands - £1m-£5m and £5m-£10m. The new framework has been set up to be used by any public-sector bodies including schools, NHS organisations, housing associations, leisure providers, libraries and museums.