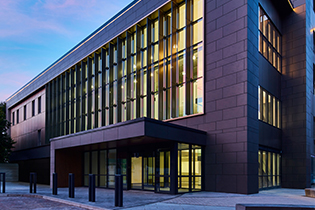 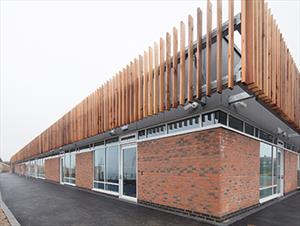 Global FM and building firm, Interserve, saw its share value plummet yet again on the morning of December 10. Having fallen to 6p (from a 2014 position at 700p), they climbed back to under 12p by lunchtime. It is estimated that the company has lost over 83 per cent of its worth in 2018 alone.

The shares, which had reached an all time low in October, fell another 75 per cent in value as the stock markets opened. Sunday had seen the Board release details of a rescue plan intended to reassure investors - and the Government - following October's crash which had already seen institutions, MPs and unions warning of a Carillion-type collapse.

Not only have investors lost money on share values, it is anticipated that loans may have to be written off in order for Interserve to have any hope of survival.

On 23 November 2018, the Interserve Board announced that it is working with its advisers to look at all options to deliver a more stable capital structure. A statement from the Board said on Sunday December 9: 'Interserve and its lenders are engaged in constructive discussions regarding the agreement and implementation of a deleveraging plan which would deliver a strong balance sheet with Interserve targeting leverage of approximately 1.5x net debt/EBITDA. These discussions also involve proposals to amend the Group’s current financing agreements, including the extension of the maturity dates and repayment profiles of the existing facilities'.

Although the form of the deleveraging plan remains to be finalised, it is likely to involve the conversion of a substantial proportion of the Group’s external borrowings into new equity, an element of which might have been put up for sale to shareholders (and potentially other investors). Financial commentators are suggesting a barge-pole approach to such an offer - as in 'don't touch it with a...' The deleveraging plan, if successful, would result in material dilution for current Interserve shareholders. The Board had said it would announce its finalised deleveraging plan, which would be subject to shareholder approval, in early 2019 - this may now not be the case.

Debbie White, CEO of Interserve, said on Sunday 9: “We are making good progress on our deleveraging plan which we expect to announce early in 2019. Our lenders are supportive of the deleveraging plan which will underpin the long term future of Interserve. Our refinancing in April of this year contemplated the development of a deleveraging plan in consultation with our stakeholders and the liquidity injected at that point also gave us the funding to execute our business plan. The Cabinet Office has also expressed full support for the work we are doing to implement our long term recovery plan.

"The fundamentals of our business remain strong. The deleveraging plan will give Interserve a strong long term capital structure and provide a solid foundation on which to build the future success of the Group.”

In early trading on Monday December 9, Interserve's shares fell as low as 6p (in 2014 they were worth 700p). At 1:38pm they were valued at 11.95p (still down 12.55p from close of trading on Friday 7.) It is said that banks, investors and the Government are set to back the deleverage plan.

On Monday December 9, Cwm Taf University Health Board confirmed Interserve on a construction contract worth £25 million to the company.

Recently, Interserve and their supply chain partners Mace, Arup and HKS delivered the UK’s first NHS high energy Proton Therapy Centre and only days ago, under its own steam, Interserve handed over the £45 million Springwell Leeds Academy.