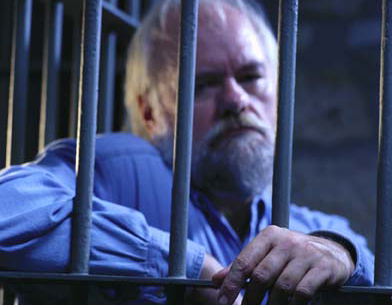 G4S will re-pay £23.3m following revelations that it charged the Ministry of Justice for work that was not carried out. G4S and Serco are still being investigated by the serious fraud squad. The National Audit Office discovered both firms were charging for the delivery of criminals to court who simply weren’t delivered and for the tagging of convicts who were not tagged. In at least one case a charge was made for tagging someone who was in fact dead.

In offering to re-pay the money, G4S has said that its charges were ‘inappropriate’. Privately, the Government has been using far stronger language and has looked to place some of the large-scale projects that have become the province of G4S and Serco to other contract organisations. Serco and G4S saw their most senior UK directors resign a matter of weeks ago to help appease an angry and embarrassed Government.

The financial offer from G4S comes just one week after the National Audit Office published its Memorandum on Managing Government Suppliers and a report ‘The Role of Major Contractors in the Delivery of Public Services’.

The NAO has challenged government and its private sector suppliers to work together more effectively in the taxpayers’ interest and to address the issues behind the current lack of confidence in the government’s use of contractors.

A spokesperson said: “Contracting with third parties is an important element of public service delivery but there is currently a lack of transparency over the role that contractors play, the business that they do, the rewards that they make and the way that they perform. The NAO’s two memorandums cast light on some of the features of government contracting and the way the Cabinet Office is working to improve government’s management of strategic suppliers.”

In ‘The Role of Major Contractors in the Delivery of Public Services’ the NAO sets out some of the benefits that can be achieved through contracting but highlights three issues that deserve greater public scrutiny.

First, it raises questions about the way public service markets operate. This includes the need for scrutiny over whether public service contracts are sufficiently competitive and whether the rise of a few major contractors is in the public interest.

Thirdly, the report asks how we know that contractors are delivering services to the high standards expected. In particular, government needs to ensure that large companies with sprawling structures are not paying ‘lip-service’ to control and that they have the right culture and control environment across their group.

“This requires transparency over contractors’ performance and the use of contractual entitlement to information, audit and inspection. This should be backed up by the threat of financial penalties and being barred from future competitions if things are found to be wrong,” said the spokesperson. “We therefore welcome the strong response by the Cabinet Office and Ministry of Justice once contracting issues were uncovered with the electronic monitoring contract.”

In the associated memorandum ‘Managing Government Suppliers’, the spending watchdog welcomed the fact that the Cabinet Office is now asserting the government’s position with contractors in a way that its scale as a customer merits. Specifically, this has enabled government to get greater value from contracting and has sent signals that government is willing to be tough on underperformance.

However the NAO is also critical, stating that The Cabinet Office is currently focused on short-term savings whilst applauding a robust approach with departments and suppliers, which has enabled it to report significant savings from contract renegotiations. “However, this approach will become harder over time and risks missing out on achieving longer-term value for money through innovation and investment,” said the spokesperson. “There is a balance to be struck between tough negotiations and maintaining relationship with suppliers in the long term, if government is to maintain competition in public sector markets.”

The Cabinet Office is seeking to reform commercial practice across government with the development of the Crown Commercial Service. “There is a risk that the Cabinet Office’s ambitions are not matched by the right resources, capability and information. It has gaps in commercial experience and expertise below senior levels, while its information on its 40 strategic suppliers is inconsistent and incomplete,” said the NAO.

â€‹A security boss has been found guilty of defrauding security operatives deployed at Heathrow and Tesco. Meanwhile the SIA has carried out a licence check blitz and two...

Rinnaiâ€™s N Series range of hot water heating units and systems have been passed as fully certified to the new UKCA standard, the successor to the CE mark. Click Image to Read More