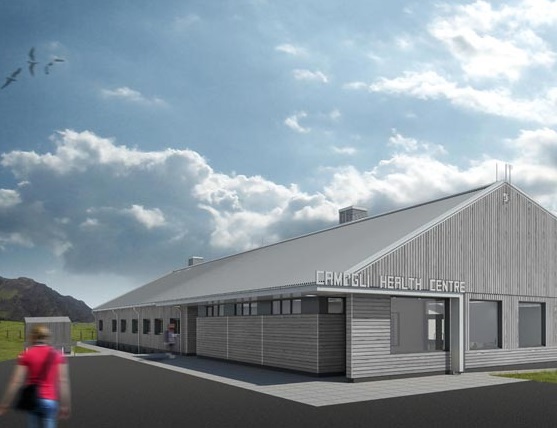 The design and construction of the new Camogli Health Facility on Tristan da Cunha, the world’s most remote inhabited island, in the South Atlantic, has been awarded to Galliford Try.

Supported by Hugh Broughton Architects and Top Housing from Malmo, Sweden the new facility will replace the existing hospital which has now reached the end of its useful life.

The project will draw upon its combined experience gained from producing prefabricated buildings in other isolated locations throughout the South Atlantic and in Antarctica. Galliford Try and Hugh Broughton Architects were also key members of the team that delivered the multi-award-winning Halley VI Antarctic Research Station.

The layout has been carefully arranged to maximise views and provide areas at its heart which are filled with natural light. The building will be prefabricated by Top Housing in Sweden in a flat pack format to reduce erection time on site within the limitations of the logistic process. Foundations are formed with precast concrete pads which support a galvanised steel grillage, providing good resistance to seismic action.

The building has an asymmetric pitched roof to allow for the simple inclusion of rooflights over the waiting area and family/multi-functional space, maximising daylight from northerly sun to these rooms.

External materials have been selected for low maintenance and durability to suit the marine environment. Elevations are clad with treated vertical fixed Siberian larch boards. The pitched roof is clad with mill finish aluminium. Triple glazed windows maximise natural lighting and should make the most of views from the site.

The waiting area and a family area are lit by rooflights above and create bright spaces at the heart of the building. The interior is designed for ease of maintenance and practicality and makes best use of natural light to create a welcoming atmosphere for the building.

Construction is scheduled to start on site in November for hand over to the island’s administration in 2017.

Picture:  The new Camogli Health Facility on Tristan da Cunha in the South Atlantic will have the latest materials and design to cope with the extremes of climate