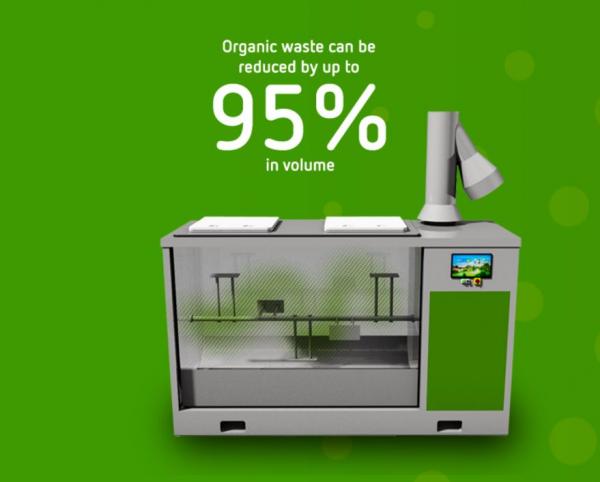 PKL has taken on the distribution of the Garbage Guzzler, an aerobic waste digester that allows any business that produces organic waste to reduce its costs and waste disposal needs.

The Garbage Guzzler, which is manufactured in the UK, uses bacteria to reduce organic waste, including food, cardboard, paper packaging, coffee cups, horticultural waste, fats and oils, by 95 per cent.

The process can take as little as 24 hours, and leaves an output that can be used as soil improver, biomass fuel or can be put back through the machine to be reduced to virtually nothing.

PKL has taken on distribution of the Garbage Guzzler as part of its catering equipment portfolio. The company’s MD, Lee Vines, said: “We have seen across the UK that waste disposal is becoming a bigger cost to business. Green concerns are also becoming more of a driver behind the decisions companies make. However you choose to use it, the machine will help to reduce costs and greenhouse gas emissions, as less waste will lead to fewer waste collections, and vehicle movements associated with this.”

Customers will be able to buy the Garbage Guzzler direct from PKL, while it will also be available under a contract rental agreement.

In recognition of Gunwharf Quays saving more than £60,000 through a waste management project, the outlet shopping centre has been chosen as an official...

A contract for the mobilisation of a new waste management and recycling system at McArthurGlen’s flagship designer outlet has been won by Helistrat Cheshire...